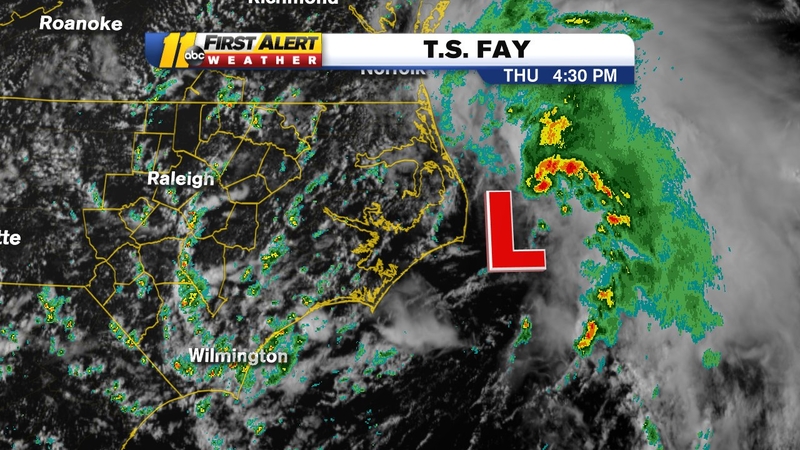 RALEIGH -- The National Hurricane Center is monitoring two areas of low pressure near the United States' coast; both of which have formed into a tropical system.

Tropical Storm Fay has officially formed off the North Carolina coast, making it the earliest "F" storm on record.

The storm formed east of the Outer Banks. The National Hurricane Center began initiating advisories for the Tropical Storm starting around 5 p.m Thursday.

The storm is slated to have little to no impact on central North Carolina as it continues to move north.

The previous record was July 21, 2005, the most active season on record which included Katrina and Rita, devastating the Gulf Coast.

WATCH: Here are the conditions at Nags Head as of 5 p.m.
EMBED More News Videos

Sustained rainfall, high seas, and rip currents are expected to be the greatest impacts for North Carolina. The area of low pressure will continue moving northeast, away from the North Carolina coast through the weekend.

On the Outer Banks, beachgoers didn't seem too concerned about the rip currents, many taking their boogie boards into the high surf.

"It's rough, you may get out and catch one or two, but it's fun," said beachgoer Jeff Harrison.