Kaiser Permanente reached a tentative agreement late Friday night with the California Nurses Association/National Nurses United, averting a strike that was scheduled for next week, officials from both sides announced today.

The three-year tentative contract impacts about 18,000 registered nurses at Kaiser Permanente hospitals and clinics in northern and central regions of the state, CNA officials said.

Multiple strikes were scheduled to begin 7 a.m. Wednesday and last through 7 a.m. Friday at multiple Kaiser medical centers throughout the Bay Area including Antioch, Daly City, San Francisco, Oakland, Petaluma, Vacaville, San Rafael and Santa Clara, according to the CNA.

The union announced today that it has canceled next week's strike.

The nurses claimed Kaiser was cutting back on its patient care standards by decreasing hospital services, making restrictions on admitting patients for hospital care and discharging patients early though they needed further hospitalization, according to the CNA.

They also claimed that Kaiser provided them with insufficient resources, equipment and training that put nurses and patients at risk, CNA officials said.

The tentative agreement includes "groundbreaking workplace protections" for nurses from diseases such as Ebola, a 14 percent increase in pay for all nurses over the course of three years and a "substantial increase" in contributions by employers to nurses' 401(k) plans, according to the CNA.

"We look forward to a new chapter in our interactions with Kaiser," RoseAnn DeMoro, CNA/NNU executive director, said in a statement today.

"We especially appreciate the commitment of Kaiser's leadership to address our concerns, including working through the complicated problems associated with the changes in health care delivery, some of them related to the Affordable Care Act, and the attention it has paid in this contract to the health and safety of its registered nurses as well as its patients," DeMoro said.

In a statement today Gregory A. Adams, regional president of Kaiser Foundation Hospitals and Health Plan, Inc., said, "This agreement is aligned with our commitment to improve our quality and affordability and to be a national model for the delivery of health care.

"The agreement demonstrates that Kaiser Permanente and our nurses have a shared commitment to affordability for our members. Although we have had our disagreements at times with CNA, as this agreement reflects, we have been able to work through those disagreements, and ultimately agree on common goals that are in the best interests of our members, employees and our entire organization," Adams said.

The tentative agreement impacts registered nurses and nurse practitioners at 86 Kaiser facilities from Santa Rosa to Fresno, according to CNA officials.

CNA membership meetings are scheduled for next week starting on Wednesday and the nurses are expected to vote to ratify the contract in the next month, Kaiser and CNA officials said. 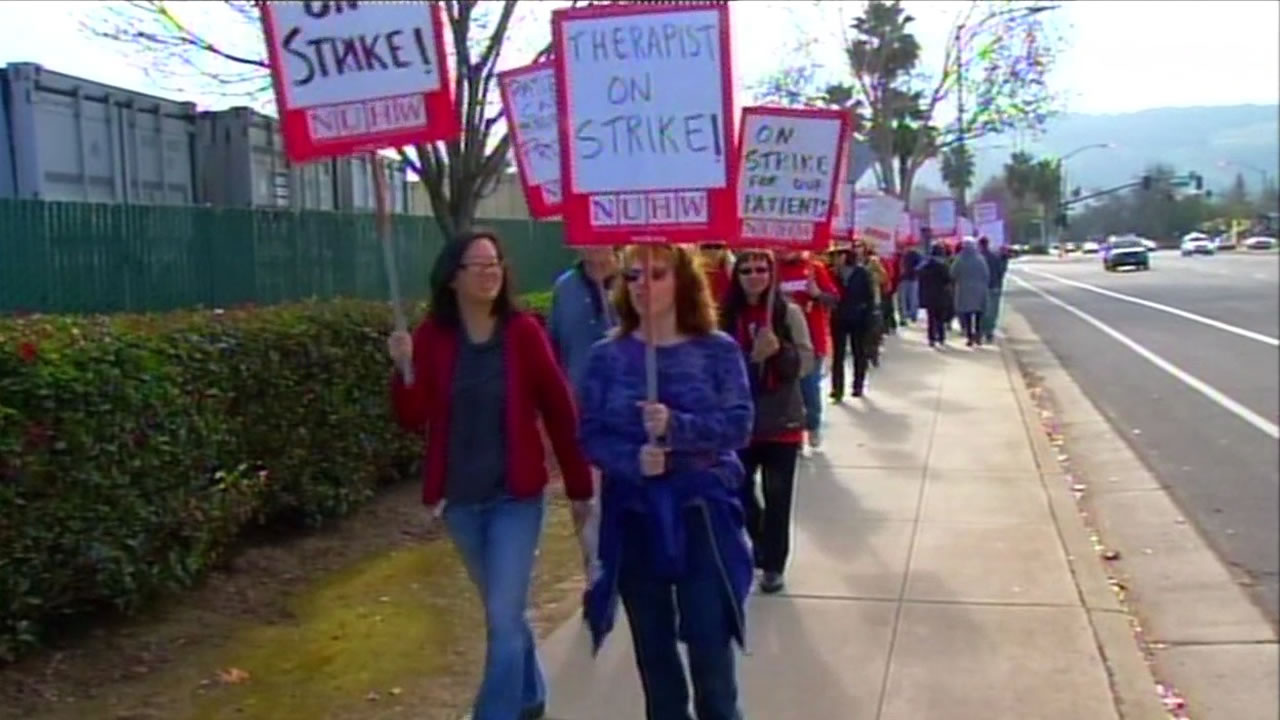