Bolt wanted to lower his world record of 19.19 seconds but the light drizzle at Olympic Stadium on Thursday contributed to a slightly slower winning time of 19.78.

Andre de Grasse of Canada took silver in 20.02 to go with his bronze in the 100, and Christophe Lemaitre of France was third in 20.12.

MEDAL ALERT: Dalilah Muhammad of the United States went out hard and held on strong to win the women's 400-meter hurdles gold medal in 53.13 seconds.

European champion Sara Slott Peterson of Denmark took silver in 53.55 on Thursday, and the United States picked up another bronze medal with Ashley Spencer storming home to finish third in personal best 53.72.

MEDAL ALERT: Britain's defending Olympic taekwondo champion Jade Jones has hung onto her title after defeating Spain's Eva Calvo Gomez in the final of the women's 57-kilogram division at the Rio Olympics.

In an action-packed fight Thursday, the top-ranked Jones used an almost continual stream of aggressive attacks that Gomez was unable to counter. Jones won by a score of 16 to 7.

The top-ranked Jones took the gold medal at the London Games and also won the European championships in May. Jones dominated all of her opponents, often scoring first off her lightning-quick front leg, before hopping toward her opponent while throwing repeated head kicks.

Barbora Spotakova of the Czech Republic, who sought to become the first woman to win three individual Olympic athletic titles in a row, took bronze with 64.80.

MEDAL ALERT: Ashton Eaton has defended his Olympic decathlon title, equaling the games record with a surge on the last lap of the 1,500 meters - the last event in the two-day competition.

The 28-year-old American finished with 8,893 points to match the Olympic mark set by Roman Sebrle of the Czech Republic in 2004.

Kevin Mayer of France was 59 points behind to take silver and Damian Warner of Canada took bronze with 8,666 points.

American swimmers Gunnar Bentz and Jack Conger have checked in for a flight leaving Brazil after testifying about claims they were robbed after a late night of partying.

RELATED: Ryan Lochte: We delayed reporting robbery for fear we would get in trouble

Police have said the story was a lie and that they and two other U.S. swimmers, including Ryan Lochte, vandalized a gas station.

Associated Press journalists saw Bentz and Conger checking in late Thursday for a flight leaving the country. They were whisked through security and did not have to wait in line.

Gold-medal favorite Caster Semenya kept plenty in reserve in the semifinals of the women's 800 meters and still posted the fastest of the qualifying times in 1 minute, 58.15 seconds.

The South African who was the silver medalist in London four years ago coasted through 500 meters in the middle of the pack before gradually picking up the pace and hitting the front rounding into the final straight.

Semenya has become the unwilling face of the controversial debate in track and field over women with very high levels of testosterone being allowed to compete. She is believed to be one of several female athletes at the Olympics with a condition called hyperandrogenism. The IAAF was last year forced to drop rules that regulated their testosterone levels.

She led the third and fastest heat, with Linsey Sharp of Britain and American Kate Grace advancing as well.

Margaret Wambui of Kenya won the first heat to advance along with Burundi's Francine Niyonsaba, the world indoor winner.

Joanna Jozwik of Poland won the second heat and advanced along with Canada's Melissa Bishop, the world championship silver medalist.

The 23-year-old Crouser recorded the three best throws of his career, starting with 22.22 on his second attempt to take an early lead and improving it to 22.26 before his biggest shot of the night on his fifth attempt.

Kovacs, who had the season-leading mark heading into the final, took silver at 21.78 and world indoor champion Tom Walsh of New Zealand won bronze at 21.36.

Tomasz Majewski, who won the Olympic gold for Poland in 2008 and 2012, was a distant sixth with a mark of 20.72 after opening with two fouls.

Three-time world champion and 2008 Olympic gold medalist Asbel Kiprop progressed smoothly in the last heat of the 1,500 meters, coming in ahead of defending champion Taoufik Makhloufi of Algeria.

Kiprop initially hung back in the pack, then surged to the front with 250 meters to go and finished in 3 minutes 39.73 seconds. Makhloufi, who already won silver in the 800 meters, did not push the Kenyan, happy to advance in second place.

Kiprop's teammate Ronald Kwemoi took the second heat in 3:39.42. Ayanleh Souleiman of Djibouti and Matthew Centrowitz of the United States also were among the automatic qualifiers.

The U.S. will be playing for a sixth consecutive gold medal in women's basketball after beating France 86-67, the closest contest of the Rio Games for the Americans.

Diana Taurasi scored 18 points as the U.S. won Thursday night without the services of Sue Bird. The U.S. turned up its defense to make up for not being as crisp offensively after routing opponents by an average of 41.7 points.

The Americans, who won their 48th straight game, will play Spain in the final Saturday.

Bird, the Americans' starting point guard and team captain, was sidelined with a sprained right knee. The U.S. led only 40-36 at halftime but outscored France 25-8 in the decisive third quarter to finally get some separation from the team that they beat in the 2012 gold medal game.

France will play Serbia for bronze.

Kevin Mayer of France is creeping up on decathlon leader Ashton Eaton with only the closing 1,500 meters left to go.

Mayer threw 65.04 meters with the javelin Thursday while defending champion Eaton did not do better than 59.77, a poor performance by his standards. It meant that the American goes into the closing 1,500 meters with a lead of only 44 points.

Damian Warner of Canada is in third place with 7,888.

Brazil's acting president visited the Olympic Park Thursday to give an upbeat assessment of Rio's Olympics.

Michel Temer told reporters there would be "worldwide recognition of the Brazilian capacity for organization." He also said a "large number of tourists have had no incidents and are enjoying the games."

His comments over about three minutes glossed over some organizational and security problems faced by the games, including a smattering of muggings, stray bullets flying at venues and an Olympic security officer fatally shot in a favela.

Temer also promised to attend the Paralympic Games, which are receiving a government bailout to guarantee they can take place. Rio organizers are expected to receive 150 million Brazilian reals ($46.5 million) in government money to help pull off the Paralympics, which open Sept. 7.

Taking government money breaks a pledge by organizers who have said they would use only private money in running their 7.4 billion real ($2.3 billion) operating budget.

Temer took over for President Dilma Rousseff, who faces an upcoming impeachment trial in the federal senate and is expected to be removed permanently from office.

The Court of Arbitration for Sport's anti-doping agency has removed Indian wrestler Narsingh Yadav from the Rio Olympics and given him a four-year suspension.

Yadav had originally escaped a ban over two positive tests earlier this year for the banned substance methandienone after India's national anti-doping agency accepted his explanation that his food or drink had been tampered with.

However, the World Anti-Doping Agency disagreed and filed an appeal to CAS, which ruled that there was "no evidence" to support Yadav's claim of sabotage.

Yadav had been due to compete Friday in the men's 74-kilogram freestyle class.

She said the team should be competitive but also gracious and humble whether losing or winning. Rapinoe said: "We've been on the winning side quite a bit, and when we find ourselves on the other side, we need to handle that graciously, and unfortunately that wasn't the case."

Sweden ousted the U.S. 4-3 on penalty kicks following a 1-1 draw in a quarterfinal match.

The U.S. team made the most of its second chance to qualify for the women's 4x100-meter relay final, recording the fastest time of the day in a solo re-run before the night session began.

The Americans dropped the baton during the morning preliminaries and appeared to be out of contention.

But track officials upheld the U.S. protest because Allyson Felix was jostled as she tried to hand the baton over to English Gardner.

Because relay finals must be limited to eight teams, the Americans were called back to run all by themselves, in the same order and in the same lane.

Their goal was to beat the time of 42.70 seconds run by China. They posted a time of 41.77, almost a second faster than the target and narrowly in front of Jamaica, the fastest of the automatic qualifiers in 41.79.

Their time marked the second-fastest 4x100 in the world this season. The fastest time this year was Germany's 41.62 in July.

Click here for full coverage on the 2016 Olympics in Rio. 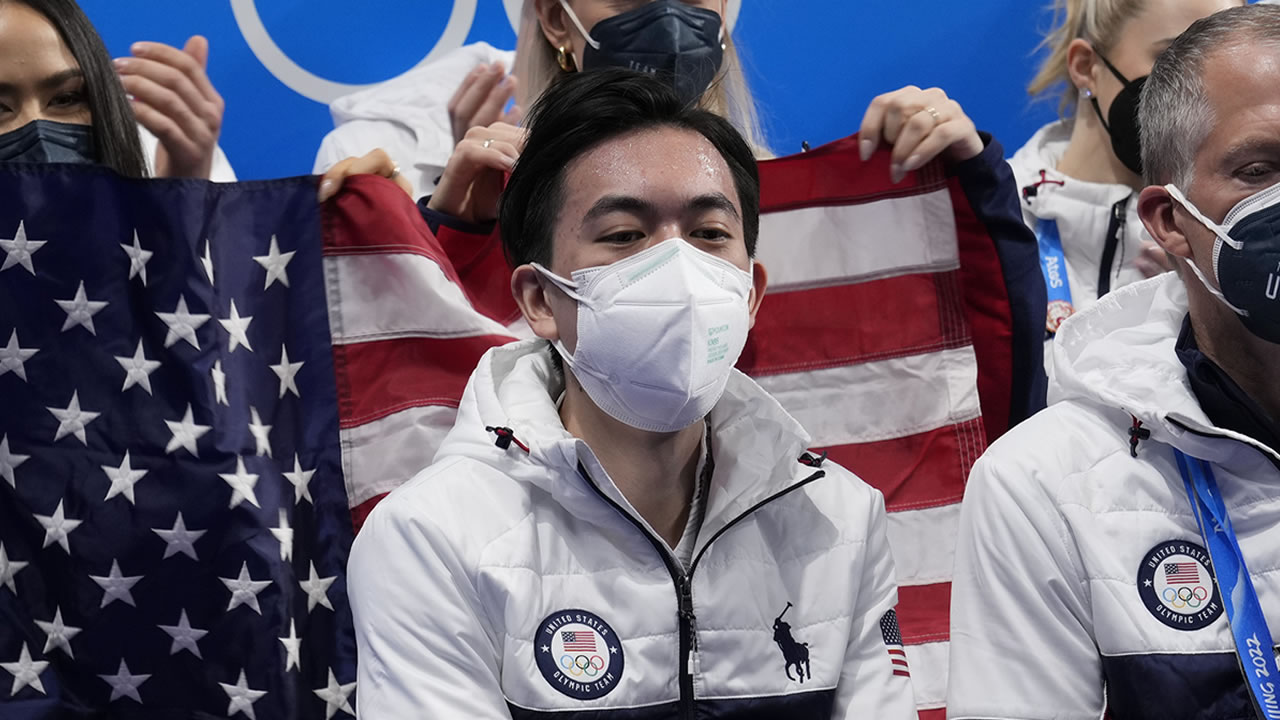 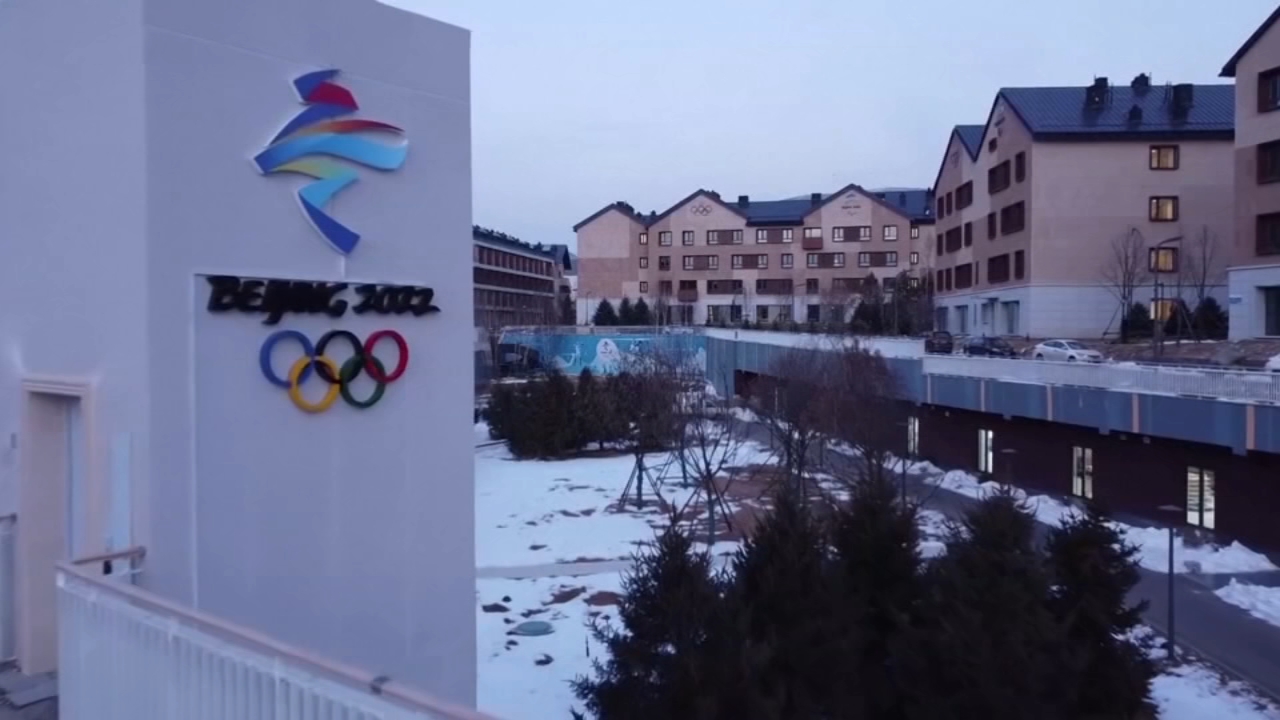