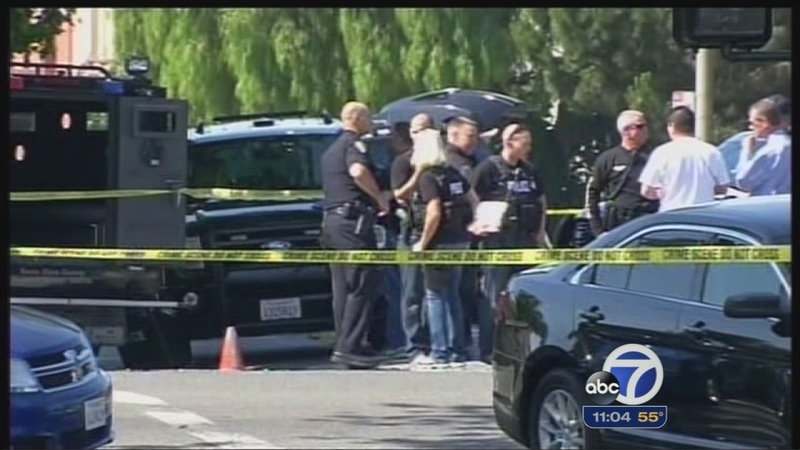 SUNNYVALE, Calif. (KGO) -- A wanted murder suspect is dead after an officer-involved shooting in Sunnyvale Thursday morning. Police were attempting to serve a warrant at a home off Fair Oaks and Maude Avenue but say when they arrived, the man pointed a gun and refused to drop it.

We've learned more about the suspect, Glen Griggs. He lived at the residence for at least 17 years. In 2013, a woman moved in. Police say he killed her.

Molly Anne Franquemont disappeared last year. On Thursday, Sunnyvale police and the SWAT team surrounded Glen Griggs' Sunnyvale home. They planned to arrest him for Franquemont's murder. But when they arrived, police say Griggs was armed.

"When they forced entry into the home, he displayed a weapon to the officers and threatened them with that weapon," said Jeffrey Plecques with the Sunnyvale Department of Public Safety.

Police shot Griggs, who died at the hospital.

We've now learned more about the 53-year-old suspect, who did time in Florida for accessory to murder.

And Griggs and Franquemont actually lived there together before her sudden disappearance.

"It was last year that I saw her once," said neighbor Roman Valencia.

Valencia lives next door to the suspect. He doesn't believe what his neighbor is accused of.

"It is shocking," he said. "Knowing this person for 17 years. I've never seen him as a violent person."

Police won't say how the victim and the suspect knew each other. Or why they believe he killed her.

Before moving in with Griggs, Franquemont lived just a block away in an apartment complex for five years.

Christina Delgado, the victim's former neighbor, described her as nice and friendly. She's shocked to know the scene ties back to a woman she once considered as a friend.