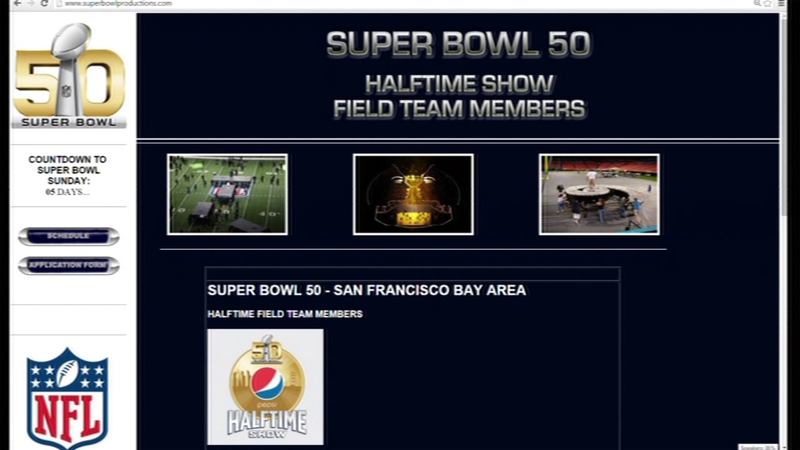 The NFL revealed the decision after questions from ABC7 News about the legality of using volunteers in the show.

Last year's Super Bowl Halftime show had a record 118 million viewers and was sponsored by PepsiCo, which is sponsoring again this year.

"It's hard to imagine how that is civic engagement," Sagafi said.

The website where volunteers signed up showed pictures of people moving large props on a football field, apparently from past shows. A notice on the site said people could be required to "push, pull, bend and lift up to 50 pounds of weight."

In Sagafi's opinion, "that's just doing manual labor that people normally get paid for, so that does not sound like volunteer work to me."

ABC7 News repeatedly asked the NFL for details about the volunteer duties. The NFL never provided any and eventually sent an email saying the entire field crew would now be paid.