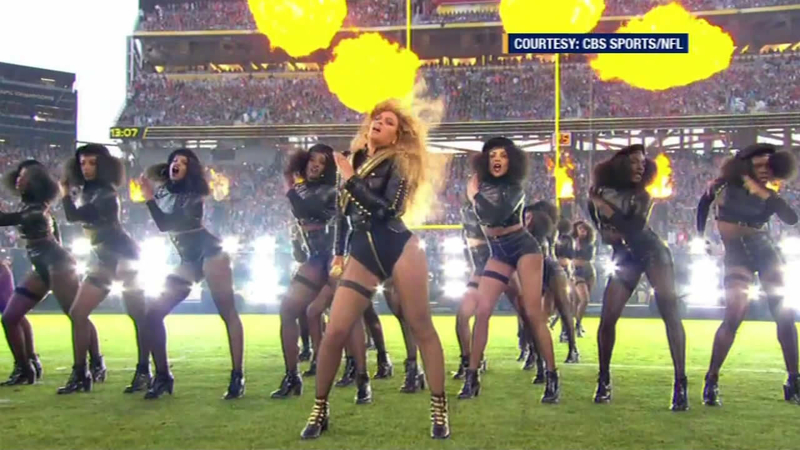 The crowd cheered for performer Alicia Keys Saturday night who saluted protesters. "I want to thank you for your commitment to making sure justice is done for Mario Woods," she said.

"This was a courageous act as well as one of high principal," former Black Panther Party Leader Elaine Brown said.

Brown said she reached out to Keys about Woods. "She took a very strong stand by saying that she wanted not only to see justice, she gave honor to the mother of Mario Woods and also said that we have to keep this movement going, so that we can end this kind of police killing," she said.

During her halftime performance, Beyonce's backup dancers were dressed like Black Panther women. "I was extremely proud of that," Brown said.

The group Black Lives Matter posted a video about justice for Mario Woods on YouTube while Beyonce's mother posted photos on Instagram.

An SFPD spokesperson said: "The Department does not comment on individuals expressing their opinion or views while exercising their first amendment right."

Mayor Ed Lee responded to his comments telling a reporter that Woods' death was by firing squad. "I was expressing the emotion that a lot of people feel about how Mario Woods was killed and that's why we've called in the Department Of Justice to really take a look at the police practices," he said.

"Mayor Lee really should resign this whole business of calling in the justice department is a stall it will take months for an investigation," Brown said.

In the meantime, Brown said she hopes Keys and Beyonce can use their voices again to galvanize others.