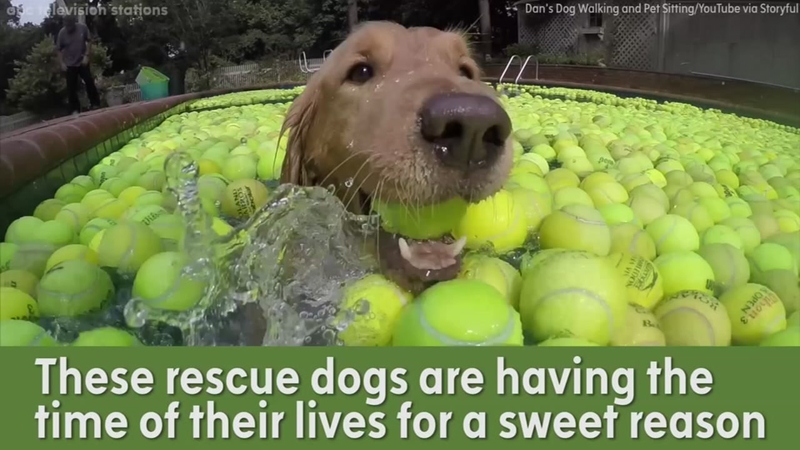 These rescue dogs are having the time of their lives swimming in a pool of tennis balls, and there's a sweet reason behind it.

It all starts with a dog named Everything, who died in 2014. Two years later, her owner, Chris Sontag-Ratti, came up with a way to honor her memory. The Hayward, California, man posted on Instagram offering to mail tennis balls to strangers to help them bond with their dogs.

Sontag-Ratti told ABC News at the time that the response to his offer was overwhelming.

"I am getting requests to send tennis balls all over the world," he said. "I was planning on spending my entire paycheck this week on shipping but looks like I'll have to use next week's check too. I don't mind one bit either. I would spend my last dollar if it helped keep the memory of my Everything alive."

The idea especially struck a chord with the team at Dan's Dog Walking and Pet Sitting in Port Washington, New York. To honor Everything and to raise awareness of shelter dogs, they decided to treat rescue dogs to tennis balls.

"For a dog in a shelter being as adopted is as awesome as being able to jump into a pool full of tennis balls!" the organization wrote.

So they filled a pool with 4,000 tennis balls and let a pair of rescue golden retrievers have at it.