Betting on love: Fans place bets on 'The Bachelor' 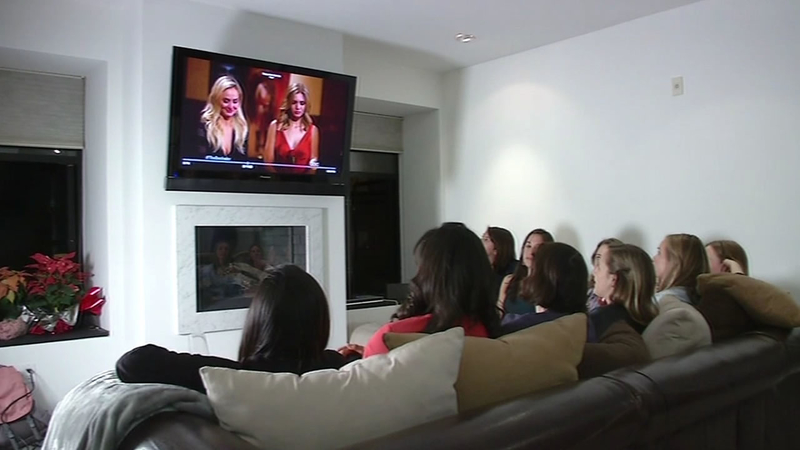 Betting on love: Fans place bets on 'The Bachelor'

BELMONT, Calif. (KGO) -- Move over fantasy football, "The Bachelor" is bringing you some hot competition. The hugely popular television show has already led to thousands of blogs, podcasts, and tell-all tabloid articles. So here's a look at the latest spin-off -- Bachelor fantasy leagues. It's making reality TV more than just a spectator sport.

We met a group of women that work together during the day at an East Bay health care business, but on Monday nights they are bonding over ABC's "The Bachelor." And they're not just watching, they're playing along using an online game site called Fantasy4Reality.

Fantasy league organizer Carrie Weinrobe explained, "We are judging people's form. So how do they go into the game, what kind of strategy they have -- much like how we went into fantasy football."

Fantasy Bachelor player Therese Buendia said, "I was secretly, really excited to be a part of it."

Each player drafts a team of bachelorettes, then gets points based on how they behave, good or bad. You get just 10 points for kissing or crying, but lots more for juicier stuff like sneaking over to the bachelor's suite or being sent home early.

Fantasy4Reality is run by a couple of guys in Chicago. First it was just for family and friends, then about a year and a half ago the game caught fire.

Fantasy4Reality founder Matt Gray said, "When I first started, it was like five, 10 people, and now we are in the tens of thousands."

The team also runs fantasy leagues for other reality shows, but "The Bachelor" is by far the most popular.

Jack Siddall from Fantasy4Reality said, "I don't know where the limits are, but I think in the next couple years we will see it grow dramatically."

At the end of each episode, Gray enters all the points and the site automatically updates each player's score.

When asked if they had to put a lot of work or research in to play the game, Weinrobe said all they have to do is watch... and maybe drink some wine.

However, it is not just women choosing teams. One group we visited is in Belmont. They are long-time friends who first played fantasy football and have now hooked on Fantasy Bachelor for the past six seasons.

Jonathan Nightingale from the Belmont Bachelor Fantasy league said, "I think all of us can kind of connect to love and dating and relationships."

Each player has his own theory on drafting a team.

Fantasy Bachelor player Scott Norcross said, "I like to see who's got a good personality, some heart there."

Nightingale said, "You can have a total trainwreck of a person who is crazy and everybody hates, but gets a ton of points."

Fantasy Bachelor player Chuck Stimson laughed and revealed how he places his bets. He said, "Generally based on... who I find the most attractive."

For some, it's a guilty pleasure.

The Fantasy 4 Reality website is free and you still have time to form a league before The Bachelor finale. There will also be a fantasy league this year for the Oscars.