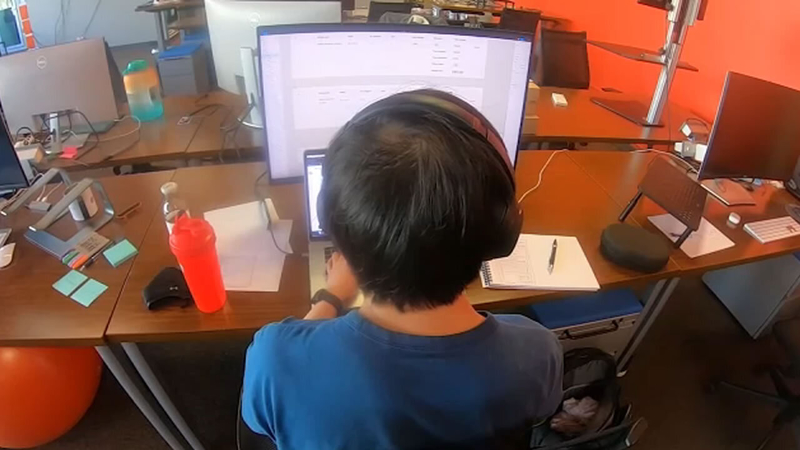 SAN FRANCISCO (KGO) -- As companies embrace the Great Return back to the office, employers are still faced with challenges from the Great Resignation -- is it getting worse?

According to the Labor Department, four million Americans quit their jobs last April and the trend continued into this fall. As COVID-19 pandemic restrictions eased, many Americans re-evaluated their life, wanting more flexibility, more money and in many cases just craved the convenience of working from home.

Offering that convenience has been a big priority for U.S. companies trying to compete for quality candidates. Sequoia, a people-investment, and consulting platform company surveyed more than 450 companies across the country - a majority of which are based in California.

GREAT RESIGNATION 2022: Where are all the Bay Area workers?
EMBED More News Videos

Almost 48 million quit their jobs in 2021. Where is everybody? We explain why workers that have quit in droves during the pandemic have not come back.

The Great Resignation in California

"Ideally how many months until this office will be full?" ABC7's Stephanie Sierra asked.

"That is primarily driven by our hiring goals at this point in time," said Quinn Morgenthaler, the company's HR director.

The health record software and research company has distributed teams from Hawaii to New York. But, like many companies faced with challenges from the Great Resignation, Osmind is struggling to compete for new hires.

"It's about giving that flexibility that's appropriate and competing against some of the bigger fish out there," she said. "We are 2 years old, we're not a Google or Facebook and we don't expect to be."

While Osmind has a high retention rate, Morgenthaler says if they lose a candidate it's usually tied to compensation restraints.

"Lowering compensation can be super risky as we look at the turnover numbers, the stable state is anywhere less than or around 10%," said Kyle Holm, the Vice President of Total Rewards and Advisory at Sequoia. "Roughly two-thirds of the companies are experiencing turnover that's greater than that - which can be highly disruptive to your business."

Prioritizing the employee to not only stay competitive, but to help avoid burnout.

Companies are finally calling employees back to the office after two years, but the experience will be different for individuals.

"There's definitely more of a blur between work and life post shut down," said Landon Hersch, the director of Software Solutions at Sequoia. "Now, we're seeing a lot of employers doing that mandatory shut down on a Friday or a Monday to give people longer weekends."

"Folks that have been running the marathon with the company have the opportunity to take four weeks consecutive time off," said Maurice Bell, head of People Operations at Lattice. "This is meant to be really intentional...an opportunity for you to step away."

Whether it's stepping away briefly or completely out of the country - there's a new expectation of flexibility.

"People have made commitments like being fully remote is my jam," said Bell. "And, we embrace that."

VIDEO: Bay Area futurist's vision for next 10 years post-pandemic does not include a 'return to normal'
EMBED More News Videos

Some futurists believe life will not return to normal after the coronavirus pandemic, especially with changes that already are posing new challenges.

But the challenge is finding attractive offers that work for everyone - while keeping up with demands of a tight job market.

"The resignation is really about realizing those expectations, having open dialogue, so everyone is getting what they need," said Morgenthaler.

When it comes to getting what you need with time off, Holm is noticing a trend. The survey found many companies that have unlimited time-off policies are struggling to have their employees use the time. In some cases, Holm says companies are re-enforcing a mandatory two weeks paid time off policy.