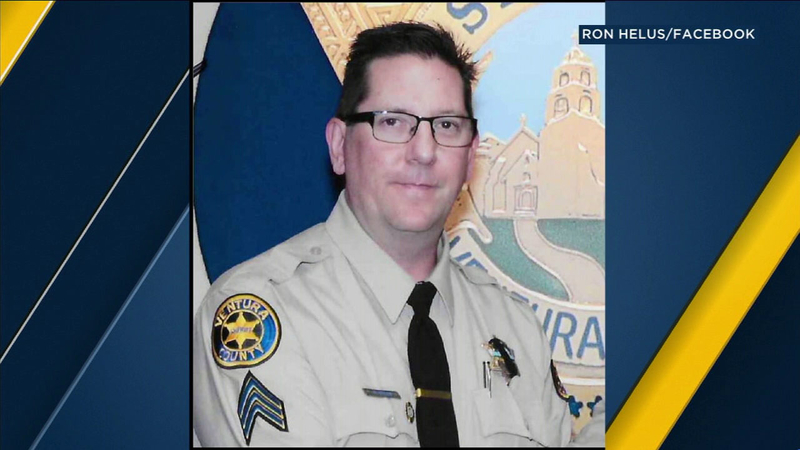 THOUSAND OAKS, Calif. -- A sheriff's sergeant who responded to a mass shooting last month at the Borderline Bar & Grill in Thousand Oaks was killed by friendly fire from a California Highway Patrol officer's weapon in a shootout with the suspect, authorities announced Friday.

At a morning press conference, Ventura County Sheriff Bill Ayub said Sgt. Ron Helus was struck five times by bullets from the suspect and a sixth time by a round from the CHP officer's rifle.

Both law enforcement officers had entered the venue to confront 28-year-old Ian David Long, who shot 13 victims before he fatally turned his weapon on himself. Helus and 11 other victims died in the incident.

Investigators have yet to announce Long's motive for the shooting. Long was carrying seven high-capacity, 30-round magazines when he stormed into the Borderline Bar on the evening of Nov. 7, the Sheriff's Office said.

The shooter was armed with a folding knife and a Glock .45 caliber semi-automatic pistol he legally bought in 2016 at a Southern California gun shop, according to Ayub.

He threw several smoke grenades and fired over 50 rounds during the rampage, hitting 13 people, including the sheriff's sergeant.

Helus, a 29-year veteran of the Sheriff's Office, was wearing body armor when he was shot, authorities said.

For more stories and videos related to the Thousand Oaks mass shooting, visit this page.