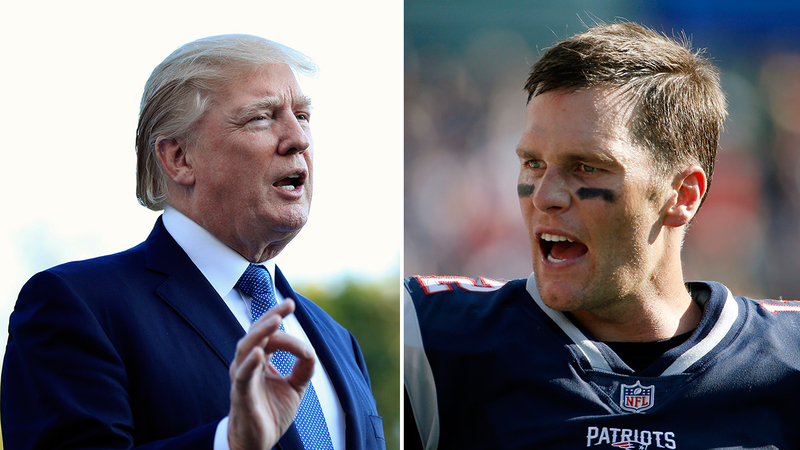 Brady tells Boston's WEEI-FM that he "certainly" disagrees with Trump's comment that NFL owners should fire any player who refuses to stand for the anthem.

Patriots locked arms with some teammates during the "Star-Spangled Banner" Sunday against the Texans while other players kneeled.

Brady has called Trump a "good friend" in the past and one of Trump's "Make America Great Again" hats was spotted in Brady's locker in 2015. Trump has often praised the quarterback on social media.

Brady skipped a White House visit with Trump in April when the team celebrated its fifth Super Bowl title.