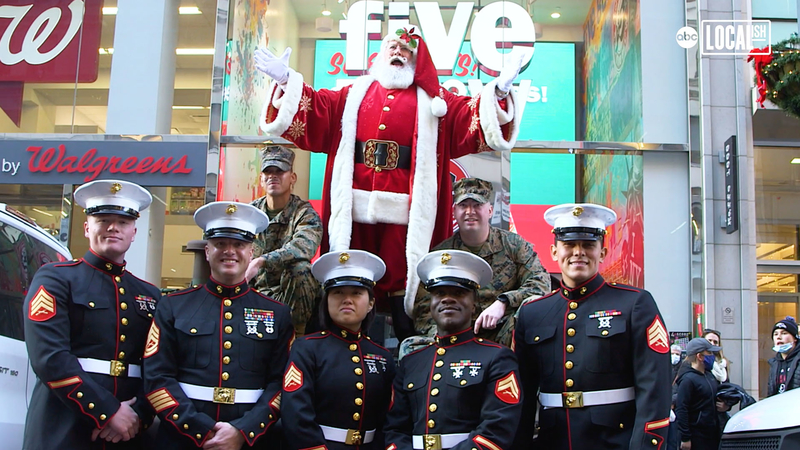 NEW YORK -- "Being in New York City, the best city in the world, there's no reason why any kid should go through the holidays without having a present," Gunnery Sgt. Brian Baez is one of the thousands of U.S. Marines who are dedicating their time this holiday season to collecting toys for children in need through the Toys for Tots program.

But this year, the toys just haven't been coming in like they used to. "This time last year, we had double the donations coming in, so it's definitely been a struggle," Sgt. Baez notes.

Marines from the Communication Battalion of Brooklyn were out on the streets of Manhattan asking holiday shoppers to buy an extra toy to donate. They were even accompanied by Santa Claus and his helpful elves, hoping to get the word out and fill a Humvee with toys destined for girls and boys in need.

"This year has been hard; we haven't received that many donations. But thanks to organizations like Disney, which we've been involved with for over 70 years, they've been helping us with the donations and providing toys to those children," Sgt. Baez continued.