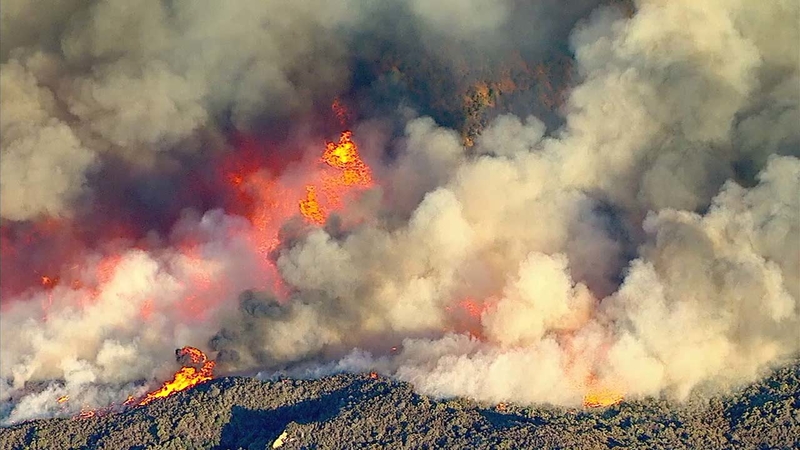 TRABUCO CANYON, Calif. -- The Holy Fire is not letting up Wednesday as it continues to burn out of control in the Cleveland National Forest in Southern California for the third day.