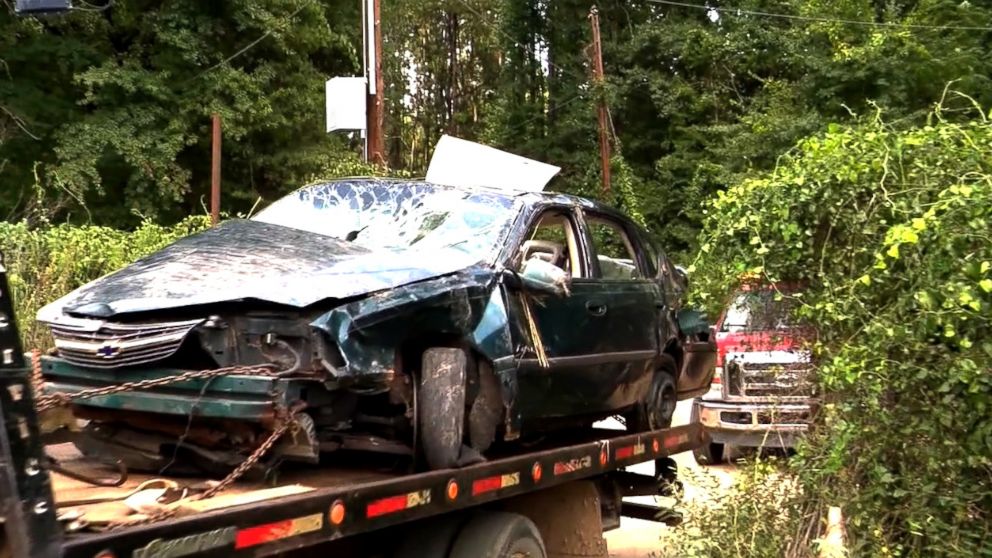 A pair of leather-tough Arkansas toddlers lived through a car crash that killed the boys' mother, only to languish for days without food, seemingly helpless, on a ravine at the crash scene.

They may be still too young to understand why, suddenly, everyone around them is calling the brothers by new names.

Not bad names, just new ones.

A law enforcement search for the boy's baby brother and mother began near the point where the boy was first spotted wandering alone along a stretch of Arkansas highway.

Once the older brother Kylan, 3, wsa located, a law enforcement search began there and moved outward, which led police to the crash site.

There they found Kylan's 1-year-old brother, still strapped in by a seat belt in the car, as his mother, Lisa Holliman, lay lifeless nearby.

Kylen reportedly crawled out of his car seat after the crash, climbed through the sunroof, and then made his way up a hill filled with bushes until he reached the highway where he was spotted, KARK-TV reported.

Local law enforcement officials expressed shock that the young toddlers were able to survive alone for so long, describing it as a "miracle". There was no water or food recovered from the vicinity of the crash.

The children's mother was ejected from her driver's seat by the force of the impact, officials said.

Her boys lost their mother, while their beloved grandfather lost his daughter.

Helliman described in a separate media interview a scene of nearly unbearable tragedy.

"When he climbed out that car, seeing his mother lying there dead like she was, he tried to wake his mama up," Holliman told KARK-TV, ABC's affiliate in Little Rock.

The bittersweet conclusion to the fatal crash, and the stunning, 11th hour emergence of the two tiny survivors after so many days missing, appeared to lend the entire episode a sense of the otherworldly.

"This is one of the most remarkable things I've ever experienced in my 11 years at this department," Ouachita County Sheriff's Detective Nathan Greeley told CNN's Headline News channel. "It was a miracle and a tragedy, all in the same day."

Greeley was right there on the front lines when the child was handed over to authorities with nothing but some scratches and bruises to account for his extraordinary ordeal. Mostly, Greeley said, Kylan appeared anxious for the universal comfort of human contact.

"He just wanted to hug me," Greeley said. "And didn't want to let go."

Greeley said Kylan saved his brother's life by walking out to the highway, because the accident site could not be seen from the road.

"Had not he done what he did, his brother probably wouldn't be here right now," he said.

Greeley said that investigators' best estimates to date in the ongoing investigation is that the vehicle could have crashed as early as Thursday -- meaning the little survivors could have been lost and exposed to the elements for as long as four days before being located.

"They went through pure hell," he added. "It is completely amazing that not only did they survive that long, but that the 3-year-old was able to walk out the way that he did."

Both children were taken to a local hospital and the 1-year-old was treated for dehydration.