An employee with the San Francisco Taxi Workers Alliance says the program "could possibly really harm the taxi industry."
KGO
By Luz Pena 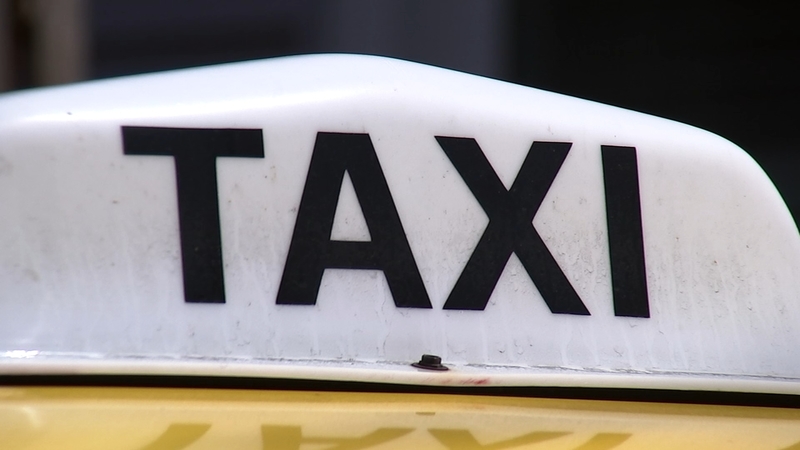 SAN FRANCISCO (KGO) -- San Francisco officials voted to extend an agreement between Uber and the taxi company Flywheel that would change how taxi's operate in the city.

Today SFMTA's Board voted to extend a pilot program previously approved in September 2021. This program would allow passengers to order a taxi through the Uber app and automatically get rid of the taxi meter.

"Do you think this could be the end of the taxi industry?" ABC7 reporter Luz Pena asked.

"I think it could possibly really harm the taxi industry. There is not enough guarantees in place to ensure that the pilot would be stopped if it starts going in the wrong direction," said Evelyn Engel with the San Francisco Taxi Workers Alliance.

RELATED: SFMTA pilot program will allow riders to see their cab fare before taking the taxi

David Smith has been a taxi driver for 23 years. He sees this pilot program as Uber's way to get more drivers on the road and not necessary to help taxi drivers make more money.

"We want metered fares basically. We don't want low-balled Uber fares and many of us are not concerned about surge pricing either because it feel it's unfair to the customer," said Smith.

A big concern for David is his taxi medallion. In 2014, he paid $250,000 for this certificate required to operate a taxi. He still owes more than $100,000 and feels trapped. He doesn't see this program as the solution.

"I'm still strong and can get a job with benefits and find other work. Even go back to school," said Smith and added, "I would if I wasn't married to the debt, but at this point it tends to consume your whole life. You work 6-7 days a week,10-12 hours a day."

Bay Area taxi drivers say they are enjoying a surge in business as surge pricing on Lyft and Uber drives customers to look elsewhere for a ride.

San Francisco has 19 taxi companies, close to 3,000 taxi drivers and more than 1,000 medallions. The taxi drivers union is asking for the city to give taxi's a fighting chance and help with their medallion debts and regulate the ride-sharing companies.

"There is no magic solution for this terrible crisis of the medallion loan payment than the city stepping up and taking ownership of this crisis in trying to solve it," said Engel.

David says he is better off driving his taxi than potentially working more hours to get less money from Uber. He's also considering something he never thought he would need to do.

"I could probably just file for bankruptcy," said David Smith.

SFMTA will get 90 days to finish creating rules and guidelines for the program set to start in August.

In a statement Uber said:
"We're excited to partner with taxi Software Company, Flywheel, and Yellow Cab SF, as we continue to update our taxi offerings throughout the country. San Francisco taxi drivers will have more access to demand and cities will get fewer empty miles driven, which is a win for drivers, riders and the cities we serve." - Dennis Cinelli, VP of Mobility for US & Canada