KGO
By by Elissa Harrington
BERKELEY, Calif. (KGO) -- Two graduate students at the University of California, Berkeley took their allegations that a professor sexually harassed them to the state agency that investigates discrimination claims on Monday, saying they were frustrated by the campus administration's failure to discipline the faculty member.

The students say the reporting process takes far too long and they're calling on the university to implement a zero tolerance policy.

"We have a right to pursue an education in an environment that supports our well-being," said grad student Erin Bennett.

They say sexual harassment goes unpunished and are filing a discrimination complaint with the state.

"So we call on others who have been impacted by this culture of intimidation, harassment, silence, and fear of retaliation to come forward and speak out against a failing system that protects abusive faculty members," said Gutierrez.

The women accuse Professor Dr. Blake Wentworth of making unwanted passes at them and touching them inappropriately.

Bennett says it got so bad she took medical leave.

"It's completely derailed my future career, my education," she said.

ABC7 News called Wentworth and went by his office, but there was no answer.

A report made public last week found 19 staff members at Cal violated the school's harassment policy. This includes renowned astronomy professor Geoffrey Marcy, who resigned. And the law school dean, who is being sued by his former executive assistant, Tyann Sorrell.

At #UCBerkeley -some students/staff calling for changes in how University handles sexual harassment cases. #abc7now pic.twitter.com/J54L6DRA4o

"We are standing together and we are saying enough," said Sorrell.

She came to the rally to show support.

Survivors are calling on UC's to fire staff with repeated complaints and make the reporting process transparent.

The University of California, Berkeley is committed to ensuring that the campus is a welcoming, safe, respectful and inclusive community for everyone.

Although we cannot comment on the reported complaint or litigation at this time, the campus has taken several steps to protect the interests and well-being of our students. Most recently, the department chair has reassigned this faculty member's classes to other instructors.

Earlier actions have included the following:


Currently, pursuant to existing procedures for faculty discipline, investigators who are members of the Berkeley faculty are investigating the case. As soon as their work is completed we will move to take action based on their findings. Those actions may include referring charges to the Privilege and Tenure Committee, which allows for the full range of sanctions, up to and including dismissal, and for putting the faculty member on leave pending the final sanctions.

The university is aware of the concerns from students and others regarding the time it takes for the faculty discipline processes to be completed. We understand and share those concerns.
For these and other reasons, we await with great interest the work being done by the Chancellor's Blue Ribbon Task Force and the recommendations that will be coming from President Napolitano's task force that is reviewing the faculty discipline processes.
Related topics:
educationuc berkeleyberkeleyharassmentuc berkeleylawsuitsexual harassmentsexual assaultinvestigationstudents
Copyright © 2020 KGO-TV. All Rights Reserved.
RELATED 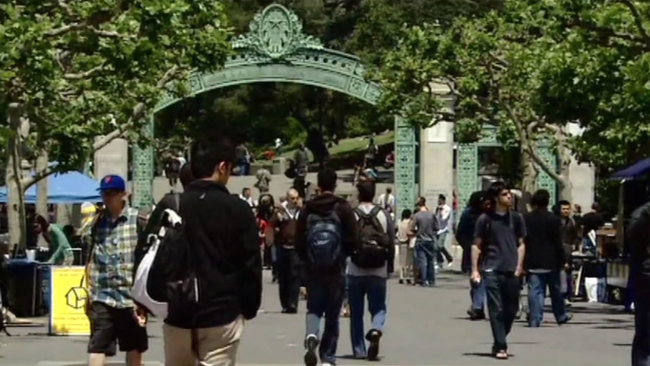