UC Berkeley may cap enrollment for 2022/23 over housing lawsuit 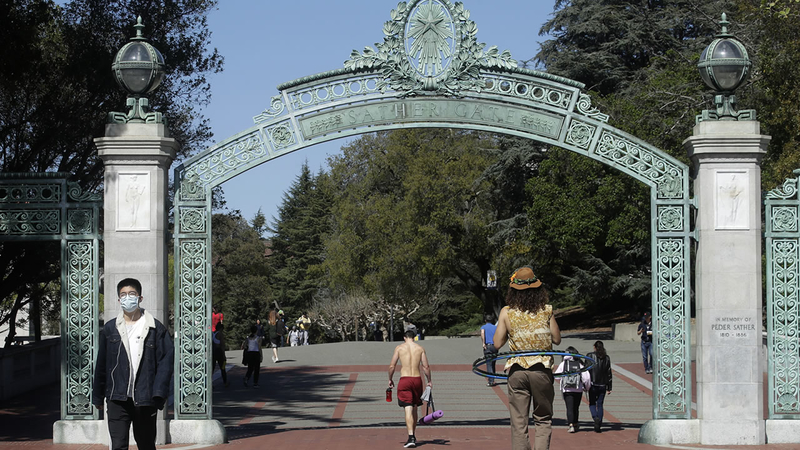 Cal may cap enrollment for 2022/23 over housing lawsuit

BERKELEY, Calif. (KGO) -- UC Berkeley tops the list of the world's best public universities- so it's a coveted place to enroll. But next month Cal may be sending out 5,000 fewer acceptance letters than expected due a court ruling in a lawsuit filed by a community group that says there's just not enough housing to go around.

A court ordered enrollment freeze means UC Berkeley may be mailing out 5,000 fewer acceptance letters than anticipated next month for the 2022/23 school year.

Cal Spokesperson Dan Mogulof said "We're now faced with the possibility we have to enroll 3,000 fewer students than we planned to. That's 3,000 students who have worked so hard to get into Berkeley. "

A group called Save Berkeley's Neighborhoods is behind a lawsuit to cap enrollment.

President Phil Bokovoy said "The University since 2005 has added 14,000 students and only 1,600 beds and we have a tremendous housing crisis in Berkeley. "

Bokovoy said "The judge said yes adding 11,000 students has significant environmental impact and the university needs to study those and they need to propose mitigation measures."

Mogulof said "One of the great ironies is this is the community group that sued us is claiming we're not building enough housing and yet sued us around a project meant to build more housing. Go figure."

The community group says they want to link increased enrollment directly to increased housing. Students on campus had their own take with one saying " Housing is absurd at Berkeley. It's expensive. It's hard to get."

But there's a lot at stake for prospective students who could pay the price with thousands possibly not gaining admission this spring as they hoped.

Mogulof said "we have filed an appeal with the supreme court and we are active in Sacramento to see if there's something the legislature can do. "

Save Berkeley's Neighborhoods will file their response with the California Supreme Court on Thursday and then it's up to the court to decide if they'll grant UC Berkeley's emergency request to not cap enrollment.