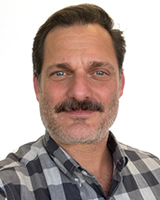 A United Airlines flight from Mexico City to San Francisco was forced to make an emergency landing shortly after flight on Saturday.

MEXICO CITY (KGO) -- A United Airlines flight from Mexico City to San Francisco was forced to make an emergency landing shortly after taking flight on Saturday.

United flight 718 turned around after the captain reported that the fuel levels from one of the engines indicated an imbalance in fuel pressure.

Since the plane was full of fuel when it landed, fire engines were on standby as the plane landed on the tarmac.

"We're really sorry about this. Soon after we took off, it was pretty obvious the fuel wasn't flowing in a balanced way. So the fuel tanks were quickly becoming lopsided in weight so we needed to get to Mexico City as soon as possible," the pilot said in a video captured on a cell phone.

Because of the extra fuel and weight on landing, the pilot told passengers once the plane landed, that there was a potential for the landing gear to overheat and that the fire trucks were on standby as a precaution.

No injuries have been reported. A spokesperson for United Airlines tells ABC7 News that the flight "returned to Mexico City out of an abundance of caution due to a mechanical issue."

The airline rebooked most passengers on another aircraft later in the evening and booked others on alternative flights.