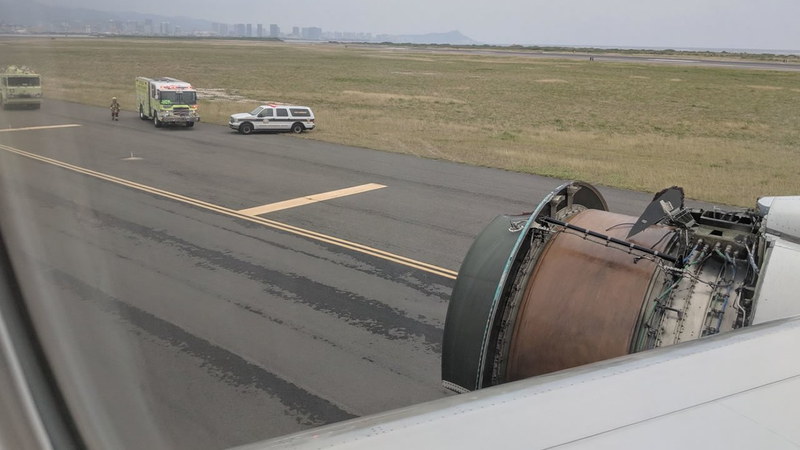 SAN FRANCISCO (KGO) -- A United Airlines plane has landed safely in Hawaii after one of its engines failed over the Pacific during a flight that began in San Francisco.

The damaged engine is seen in video a passenger tweeted from United Flight Airlines Flight 1175.

The aircraft involved is a Boeing 777. It has two engines and is designed to fly on just one engine for more than three hours over water.

I don't see anything about this in the manual ✈️#ua1175 pic.twitter.com/yTECg9fxZw