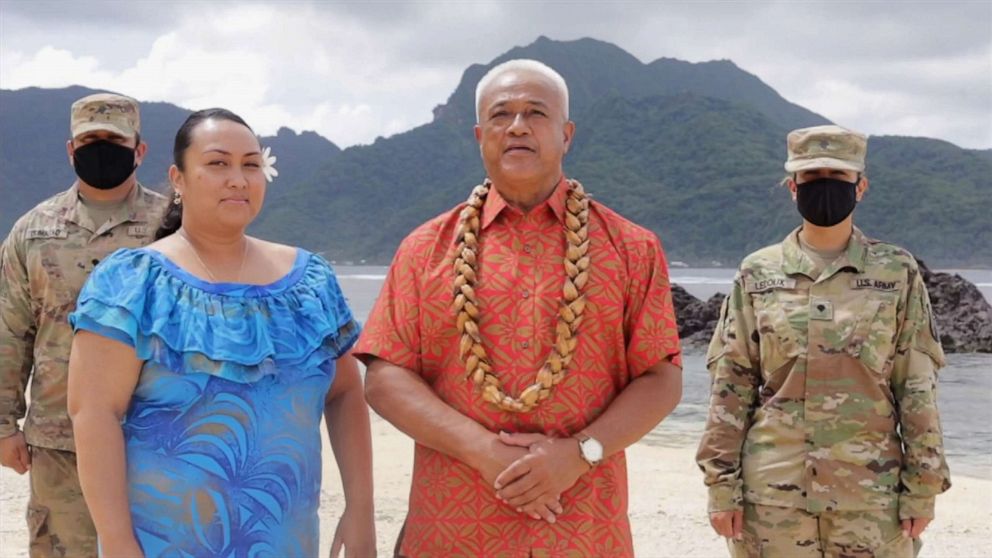 The Army is investigating why two junior enlisted soldiers in uniform were flanking the Democratic delegates of American Samoa during Tuesday night's video roll call at the Democratic National Convention.

A Democratic National Convention official told ABC News on Wednesday that "the composition of that shot was an oversight."

The sight of the uniformed soldiers had raised eyebrows because U.S. military personnel are not supposed to participate in political events while in uniform. "We're grateful for the participation of delegations and state volunteers in all 57 states and territories -- they made the inspiring roll call we saw last night possible," the official told ABC News. "The composition of that shot was an oversight."

"Each state was asked to highlight issues and values that matter most and the American Samoa delegation wanted to highlight their commitment to military service when they filmed their segment," the official said.

Regardless of the intent the presence of the uniformed soldiers has triggered an Army investigation because uniformed military personnel are not allowed to participate in political events.

'The Army is investigating two Soldiers from the 9th Mission Support Command who appeared in uniform during the Democratic National Convention on Aug.18," said an Army statement. "Wearing a uniform to a partisan political event like this is prohibited."

"The Army follows the Department of Defense's longstanding and well-defined policy regarding political campaigns and elections to avoid the perception of DoD sponsorship, approval or endorsement of any political candidate, campaign or cause," it continued.

Like all American voters, military personnel can support political candidates and attend political rallies, but they must do so on their own time, and never while in uniform.

A Pentagon spokesman reaffirmed that policy on Wednesday in response to an ABC News question about the incident.

"All members of the Armed Forces, including active duty members, members of the reserve component not on active duty, and retired members, are prohibited from wearing military uniforms at political campaign or election events," said the Pentagon spokesman.

The soldiers' name tags were clearly visible on their uniforms, though their faces were covered by face masks used due to the coronavirus pandemic.