Bay Area students' designs to be 3-D printed in space 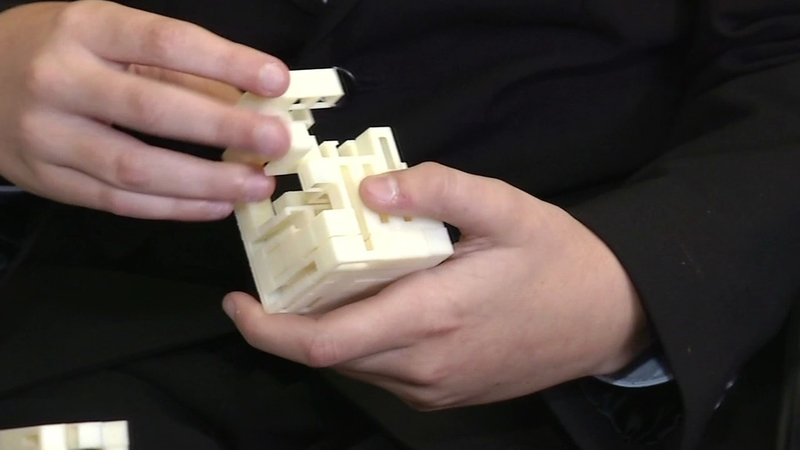 Bay Area students' designs to be 3-D printed in space

MOUNTAIN VIEW, Calif. (KGO) -- Some students in San Jose got to visit NASA Ames Research Center in Mountain View on Monday because of what they'll be sending to the International Space Station later this year. The objects won't arrive on a rocket. Instead, they'll get to space via the Internet.

It was built by the NASA Ames-based startup Made in Space. And the experiment was a success.

A wrench was among the first objects ever 3-D printed away from earth's gravity. And there'll be more.

A working pair of pliers wasn't designed by engineers, but by high school students.

"It was very difficult to actually design pliers that would work," said Valley Christian High School senior Jonny Erickson. "Mostly because of the build constraints."

NASA requires prints to be solid objects, with nothing that could break off and float around.

It's a rare opportunity.

Space makers! Kids from @vcschools designed tools and toys to be printed aboard the #ISS by @MadeInSpace. ABC7 at 6! pic.twitter.com/GB0zgh64JM

They'll send a file up to the space station, where it'll be printed and put on display.

"To honor them and their accomplishment of being the first astronaut to be in space for over a year," said Kanani.

And it could become vital to space exploration.

"When you're four months in on a Mars mission and you need a tool, you're not gonna want to wait for a rocket to get there," Erickson said

Students designed a spring to help astronauts work biceps and triceps while in space. They also designed a puzzle that won't float apart. They've impressed their teacher.