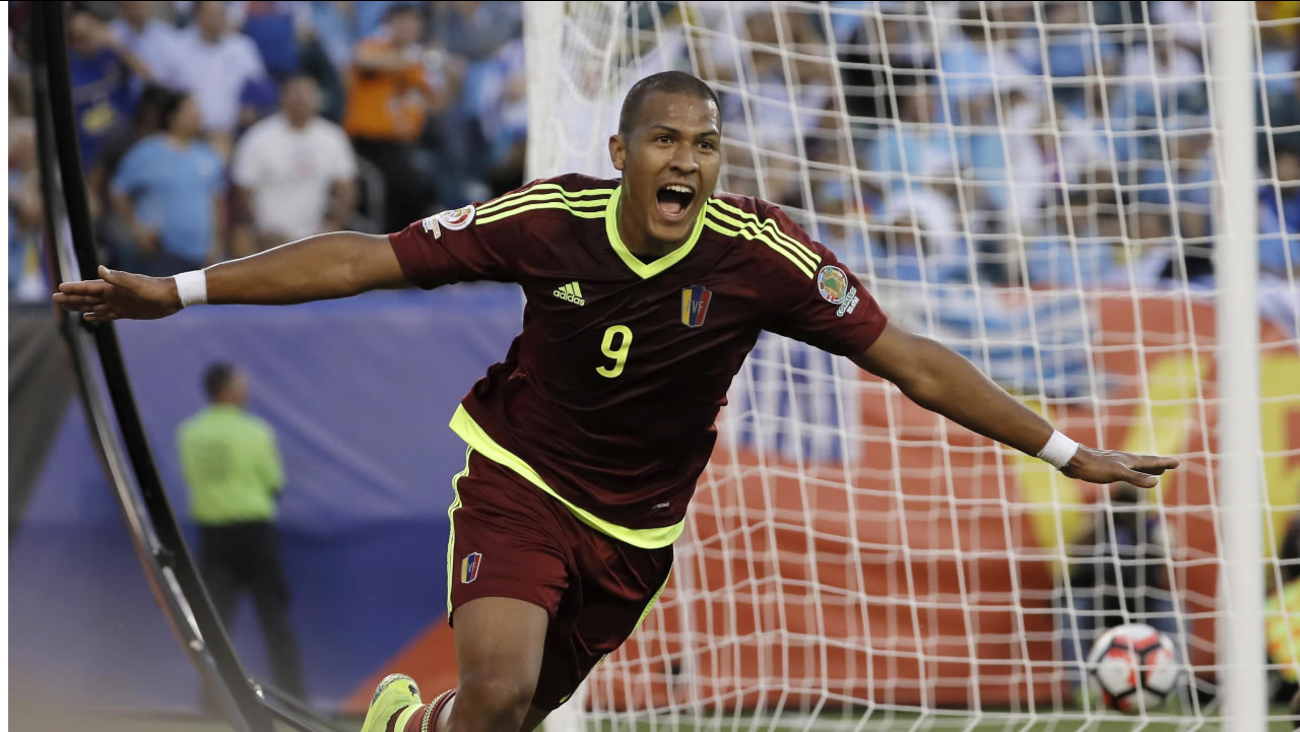 Venezuela's Rondon reacts after scoring a goal during the first half of a Copa America Group C soccer match against Uruguay on Thursday, June 9, 2016, in Philadelphia. (AP Photo)

PHILADELPHIA -- Salomon Rondon scored on a rebound after a shot from midfield struck the crossbar and Venezuela beat Uruguay 1-0 on Thursday night to advance to the Copa America Centenario quarterfinals.

The West Bromwich striker scored in the 36th minute, after a shot from midfield by Alejandro Guerra was barely deflected by Uruguay goalkeeper Fernando Muslera and hit the crossbar.

Venezuela won its first two games and leads Group C with six points. Uruguay has two losses and will be eliminated from the tournament if Mexico wins or ties Jamaica in the late match in Pasadena, California.