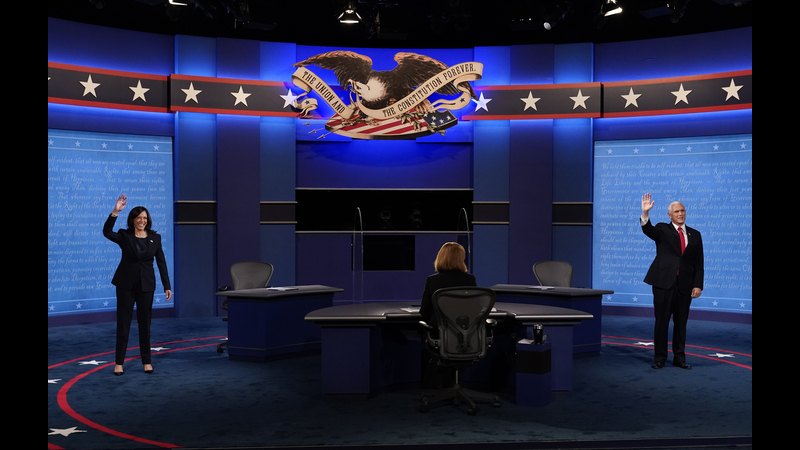 SAN FRANCISCO (KGO) -- People around the Bay Area are weighing in after watching Vice President Mike Pence and Sen. Kamala Harris go face-to-face in the first and only vice presidential debate Wednesday.

The COVID-19 pandemic not only altered the debate stage, with the addition of plexiglass, but changed the scenery for civic engagement.

"Pence outshines everything because he has facts," Pleasanton resident Sue Pinkston shared.

Heather Rossi said, "Kamala has been honest and forthright. And I think that Pence is having a hard time justifying Trump's moves."

The NAACP branch in Oakland hosted viewers over Zoom. Residents threw their support behind Sen. Kamala Harris by dissecting the performance of Vice President Pence.

"Pence was given lots of male privilege," one guest said. "He got to interrupt and talk, then claim more time after she took some time to repute him."
"It was very clear that she addressed issues and she was faced with a lot of mistruths," another added.

"Usually, vice presidential debates don't sway people," one viewer shared. "So, all she needed to do was not lose."

This will be the only time the two take the debate stage.

This year we've seen record-setting wildfires and hurricanes, when the discussion of climate change surrounding that came up, here's what Vice President Mike Pence said.