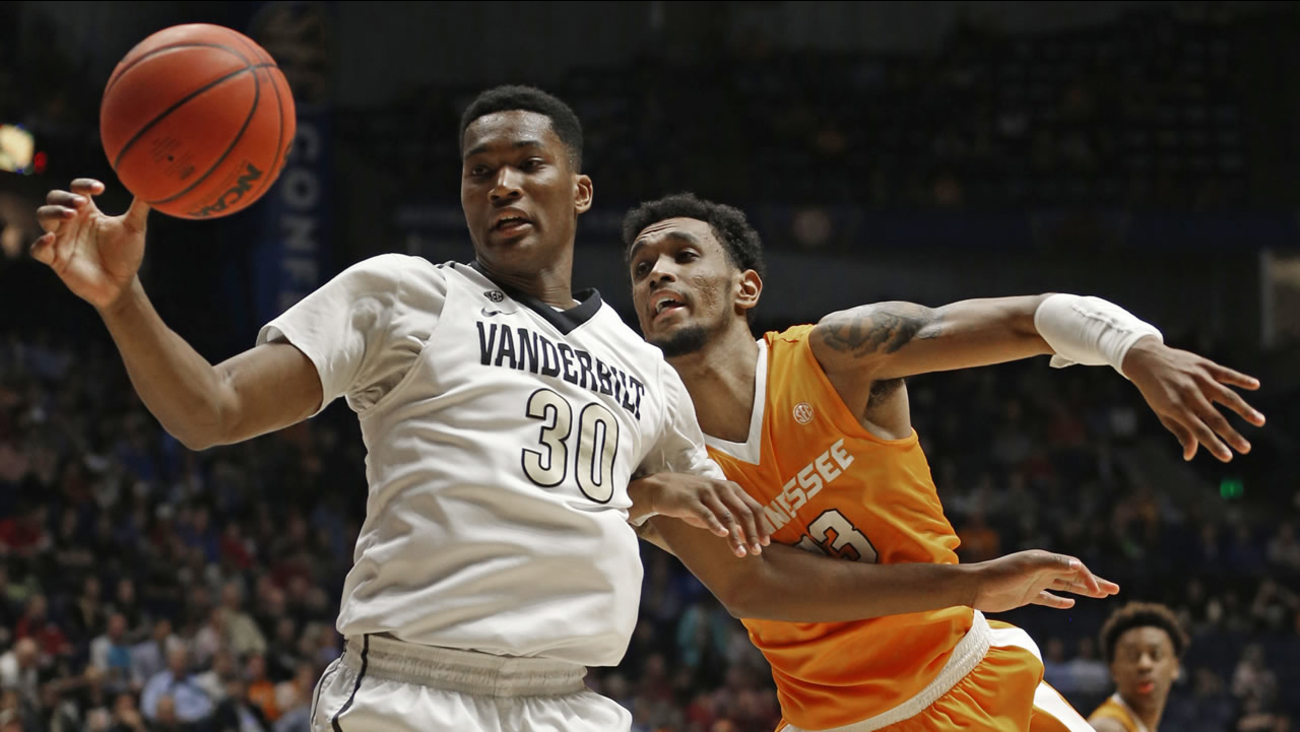 Jones, who declared for the NBA following his junior year, joins fellow Commodore Festus Ezeli as a 30th overall pick.

Jones, who turns 21 in a week, leaves Vanderbilt with 1,313 points and 167 blocks, second on the school's all-time list.

Golden State drafted UCLA's Kevon Looney with the 30th overall pick last year. Looney is recovering from left hip surgery and won't participate in summer league. The hope is he will be healthy for training camp or at the latest near the start of the regular season.

The Warriors consider Jones a project.

Jones watched the draft with his parents at their home in Baton Rouge.

Jones underwent surgery for a torn pectoral muscle recently, according to his agent, and should be fully recovered by the start of the season.

With the 30th pick in the 2016 #NBADraft, the Warriors select Damian Jones out of Vanderbilt University.

Vanderbilt center Damian Jones is selected with the 30th overall pick by the #Warriors. pic.twitter.com/zedMz1ZyuY

Damian Jones is 7 feet tall, and you can't teach that. But he did major in engineering science. #Warriors