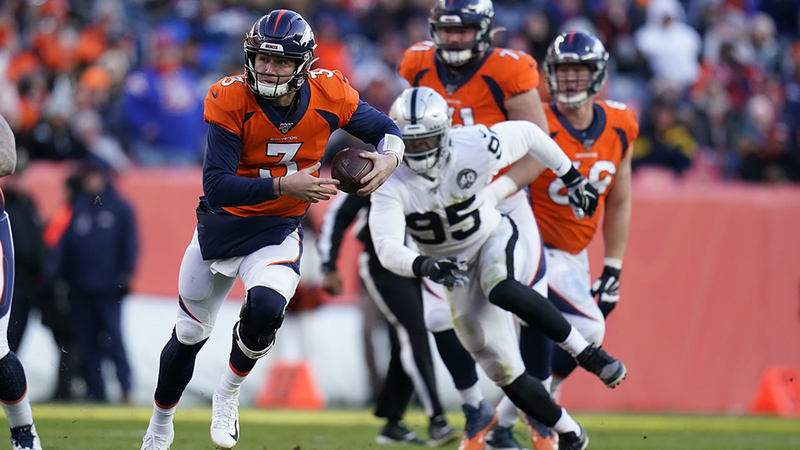 DENVER, Colo. (KGO) -- After a combination of games, including their own, went wrong in Week 17, the Oakland Raiders will not be making a post-season appearance.

The Raiders had a slim chance to squeak in if they beat the Broncos, and a trifecta of other outcomes went their way.

That trifecta included a Titans loss and a Colts win, and neither came to fruition.

Even if Tennessee lost and Indianapolis won, the Raiders fell to the Broncos 16-15 at Mile High, ending their Wild Card aspirations.

Oakland had a chance to tie the game with an extra point with seven seconds left and force overtime. Instead the game ended on a failed two-point conversion attempt.