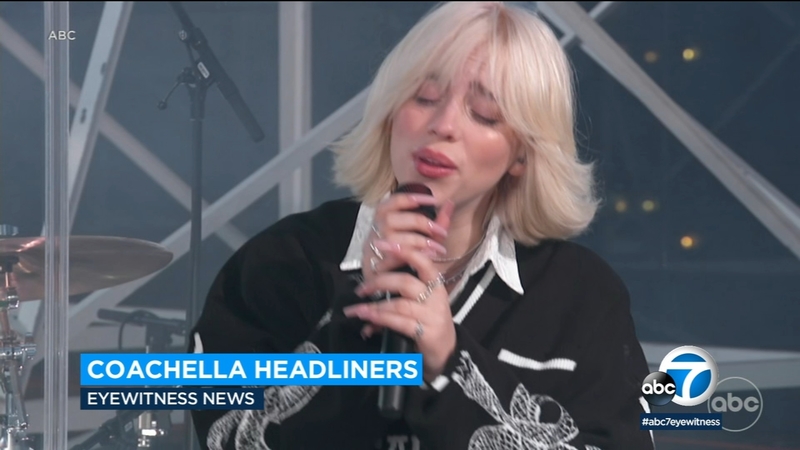 Sources tell Variety that Eilish will perform on Saturday and Kanye - who now just goes by "Ye" - on Sunday.

The sold-out Coachella Valley Music and Arts Festival is scheduled to take place in Indio on April 15-17 and 22-24.

At one point, Travis Scott was expected to be part of this year's festival. But he is no longer in the lineup, following the fatal tragedy at his Astroworld festival last year.

The Stagecoach Festival, which is also held at the Empire Polo Club in Indio a week after Coachella, has already announced its lineup.

The lineup for Stagecoach 2022 is out! Check out the star-studded list of headliners for next year's country music festival.