Another round of snow threatens Grapevine closure FRESNO, Calif. -- Holiday travelers making their way between the Central Valley and southern California in the next couple of days could face a challenging journey.

A winter storm brought snow to the Grapevine area, threatening a second closure of the 5 Freeway in less than a week.

Grapevine: CHP is currently escorting traffic over the pass due to snow. @CaltransDist7 pic.twitter.com/2XcDdXwjWA

The escorts ended just after 6:30 a.m., the CHP announced in a tweet.

We are no longer escorting over the #Grapevine. Please driver carelfully.

A winter weather advisory is in effect along the Grapevine/I-5 until 4 p.m. Monday.

The snow could significantly impact travel along the 5 Freeway, in particular over the Grapevine, the NWS said.

A major snowstorm caused dangerous driving conditions through the Grapevine, shutting down the 5 Freeway for more than 36 hours beginning on Christmas. 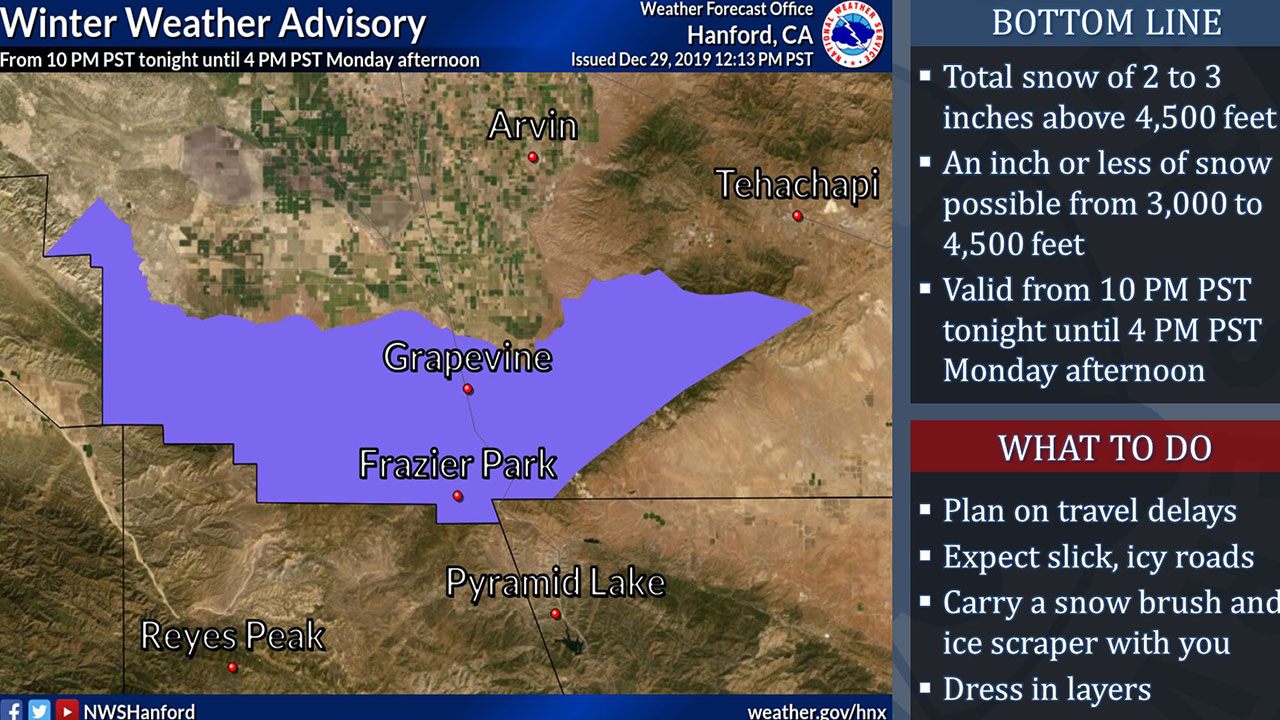