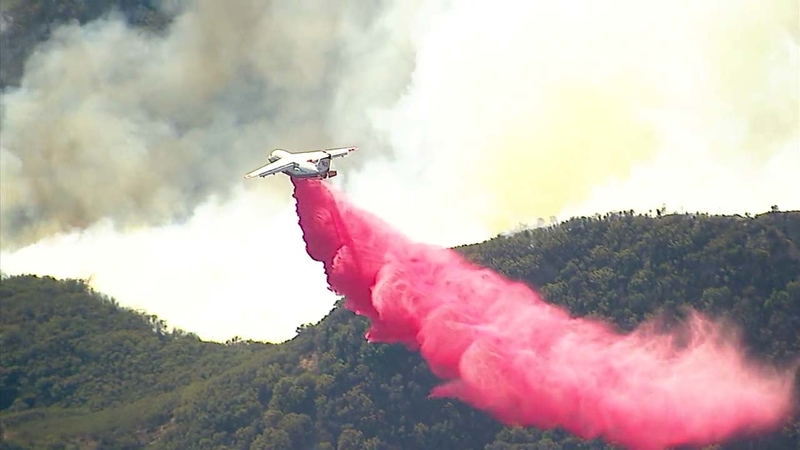 MALIBU, Calif. -- The containment of the Woolsey Fire increased to 96 percent on Monday as authorities confirmed that 1,500 structures were destroyed in the 96,949-acre blaze.

In addition to those destroyed structures, 341 others have been damaged in the inferno. Full containment of the blaze is expected later this week.

Meantime, public safety is front and center. Crews had to shut off power in Malibu from 8 a.m. to 8 p.m. Monday for repairs to transmission lines from Kanan to Tuna Canyon, officials said. Disaster Assistance Centers were not be impacted by the power outages.

To add to the concerns, rain is expected this week which would trigger mudslides. The precipitation is forecasted for Wednesday afternoon or evening and may last possibly through Thursday morning.

Rain could open up the potential for mud and rockslides, especially along Highway 1 and the canyon roads. Los Angeles and Ventura counties will have sandbags available at fire stations.

President Donald Trump, accompanied by Gov. Jerry Brown and Gov.-elect Gavin Newsom, visited the burn area on Saturday. Brown expressed optimism that Trump will support California as it deals with raging wildfires, including the massive Camp Fire in Butte County.

Trump initially blamed state officials for poor forest management in exacerbating the fires and threatened to cut off federal funding. He's since signed an emergency declaration.

The official cause of the Woolsey Fire is under investigation.