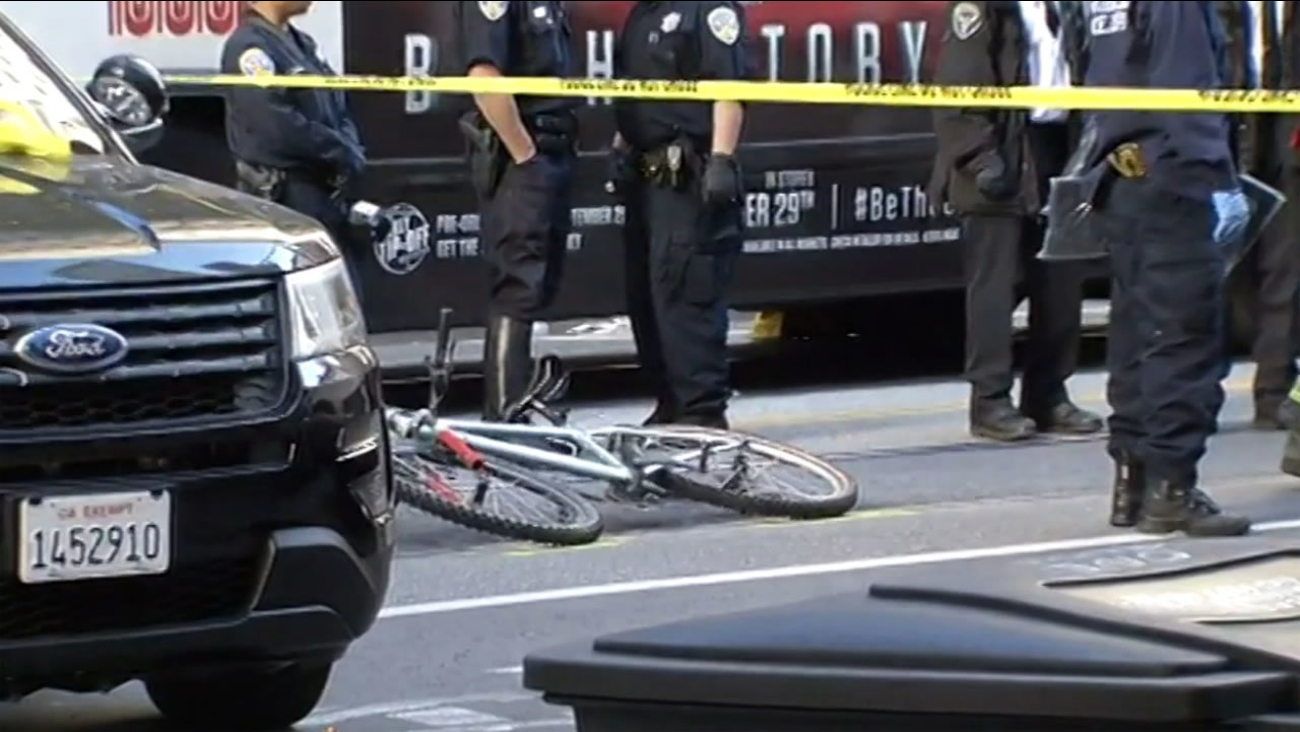 A bicyclist was fatally struck by a Muni bus on Market Street in San Francisco, Calif. on Sunday, October 11, 2015. (KGO-TV)

Both directions of Market Street between Battery and Sutter streets have reopened after being shut down for several hours while police were on the scene.

SFPD: Bicyclist was a 48 year old male, riding between two buses in the same direction. pic.twitter.com/RqDptRbLBG

Officials said the bicyclist was not in a bike lane or shared lane, but was riding between two busses and made contact with one of them.

People aboard busses were offloaded and questioned to see if they saw anything.

Investigators are working to find out how the bicyclist made contact with the bus. "We're pulling that vehicle as well to look at that video, but this is the coach where contact was made and we're working with the police department to do everything we can to find out what happened to deal with this the best way we can," SFMTA spokesperson Paul Rose said.

Officials said there was another accident reported along the Embarcadero at Chestnut Street between a bicycle and a horse trailer. They said the bicyclist in that accident was transported to a local hospital and is expected to survive.