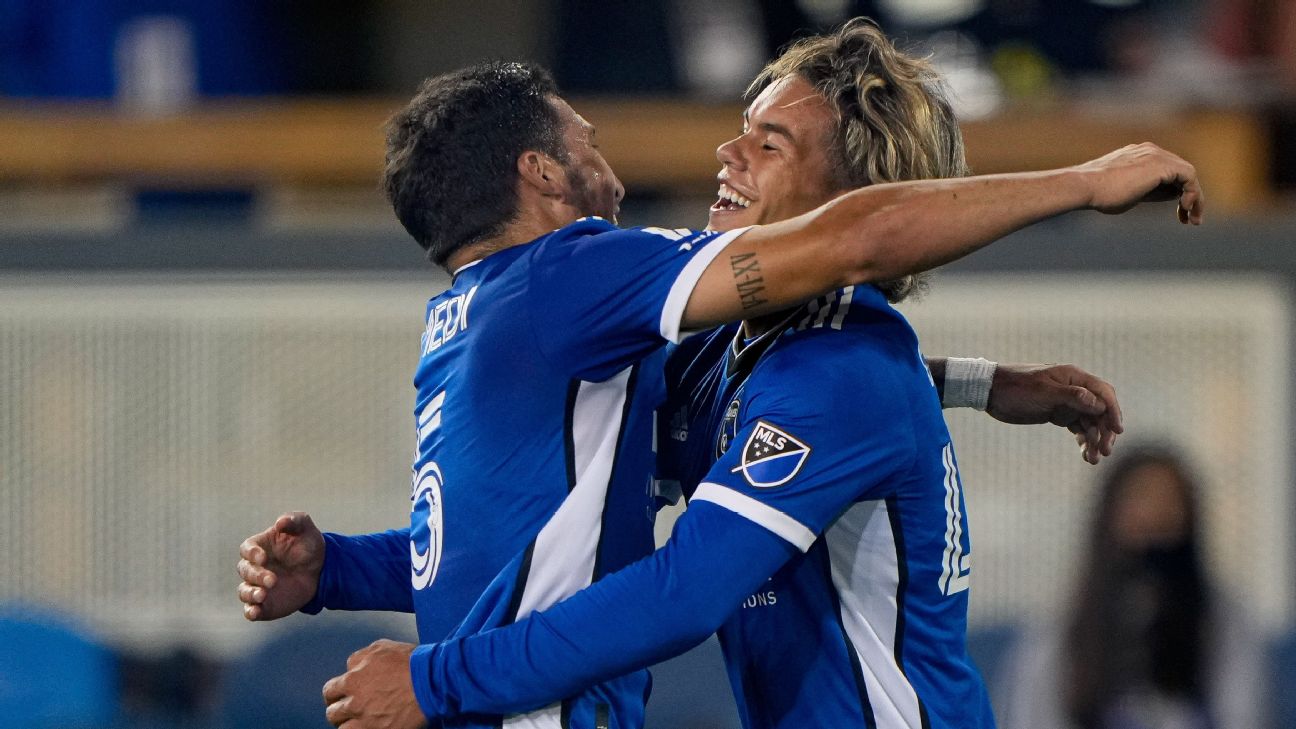 Javier Eduardo Lopez added his first goal in MLS for the Earthquakes, who have won their first two home matches for the first time since 2017.


Tony Alfaro scored his first MLS goal as a consolation for D.C., which has lost its first two road matches after a promising victory at home to start the season under new manager Hernan Losada.

- Which MLS youngsters are ready for Europe?

With 12 players unavailable due to assorted injuries, D.C. conceded four times after allowing only a goal in each of its first two contests.

Cowell now has two goals and three assists in three starts this season as he continues to be coach Matias Almeyda's first choice at center forward. The teenager made four starts last year, but he has seized the opportunity left by Danny Hoesen's departure and Chris Wondolowski aging into a substitute role.


Lopez got San Jose in front after less than a minute, and in foreshadowing of what would come for most of the match, Cowell was in the middle of it.

Paul Marie spotted Cowell cutting in from the wing, and Cowell got behind his marker before playing the ball to Lopez on his right. From just beyond the penalty arc, Lopez curled a 25-yard, left-footed effort beyond the dive of goalkeeper Chris Seitz.

It was 2-0 in the 26th minute when Cristian Espinoza played a ball down the right for Cowell, who sprinted to reach it, and with his first touch, took himself past Frederic Brillant before hammering a finish past Seitz with his second touch.

Alfaro pulled a goal back for D.C. off a 31st-minute corner kick, but Yueill made it 3-1 going into halftime with a sensational volley from the top of the penalty area in the 43rd minute. 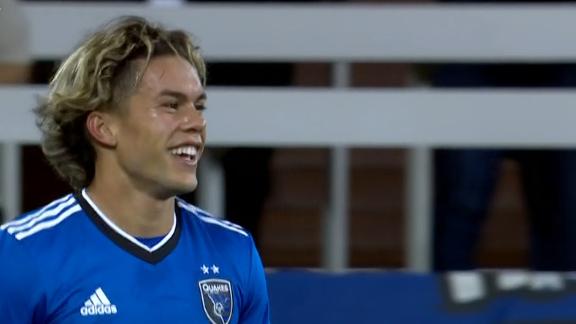