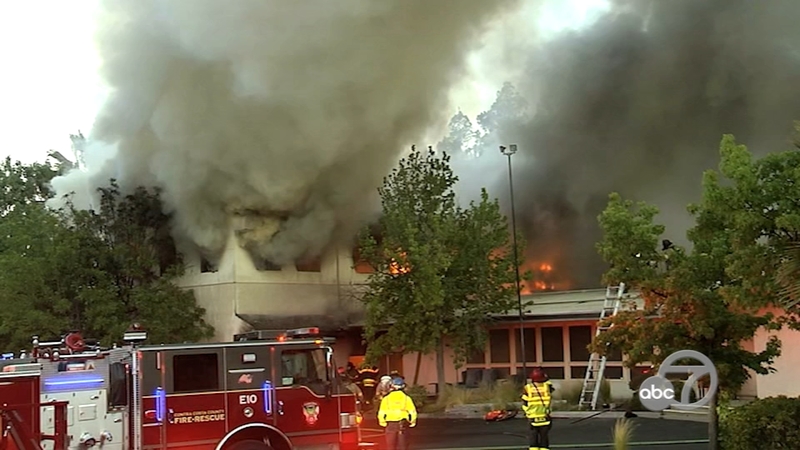 CONCORD, Calif. (KGO) -- Concord Police have arrested a transient and accused him of setting a fire at Community Christ Church of the Nazarene Monday morning.

There was another fire at the church on Thursday morning, but police have not charged him with that one.

Monday's fire started just after midnight and burned the church offices. The fire Marshal says there is a lot of damage and that everything inside was likely destroyed. He said it is obviously arson because they found three different points of origin.

"It's hard not to feel like it's a bit just more personal when it happens again, I think we tried really hard to, to just try to stay positive. And we still are trying to do that. But it's just more emotional this time. There's a lot more that was lost. It's inconvenient or frustrating or was sentimental. And so it's just a lot harder this time around," said the church's pastor, Janelle Maher.

Christ Community Church of The Nazarene is located in Concord just about a half mile away from the downtown plaza on Ashbury Drive at Amador Avenue.

The first fire happened Thursday and burned a two story section of the complex. Officials believe it started in the crawl space where someone was squatting, saying they found sleeping materials in the area. They do not have evidence at this time that that fire was intentionally set or if the same person is to blame. They are still investigating.

They have not released a possible motive or the name or age of the person arrested. Officials say he is known to police and has been arrested before. He is in jail in Martinez.

No one was hurt in the fires.