The boy was identified by his mother and grandmother as Stanley 'SJ' Davis III.
ABCNews
By Deena Zaru 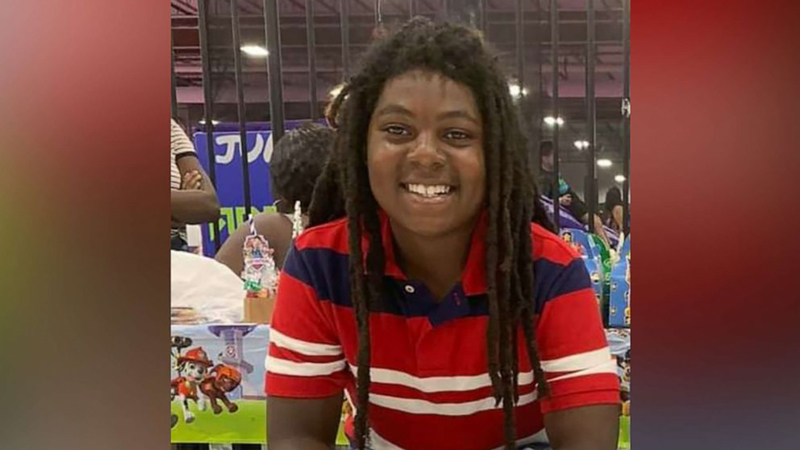 BOYTON BEACH, Fla. -- A 13-year-old boy died after his dirt bike crashed during an attempted traffic stop in Boynton Beach, Florida, on Sunday, and now, his family is seeking answers from police.

The boy was identified by his mother and grandmother, who spoke with ABC News on Wednesday, and identified him as Stanley "SJ" Davis III.

The Boynton Beach Police Department said in a statement on Sunday that the "preliminary investigation indicates that the dirt bike operator was observed driving recklessly on Boynton Beach Boulevard. Officers attempted a traffic stop, and the dirt bike went down in the 800 block of North Federal Highway."

Davis' mother, Shannon Thompson, said he had just turned 13 on Dec. 5, and football was one of his biggest passions.

"Right now, it's hard. He's all I had. That's my only child," she said in a phone interview. "Right now I'm just trying to be strong." 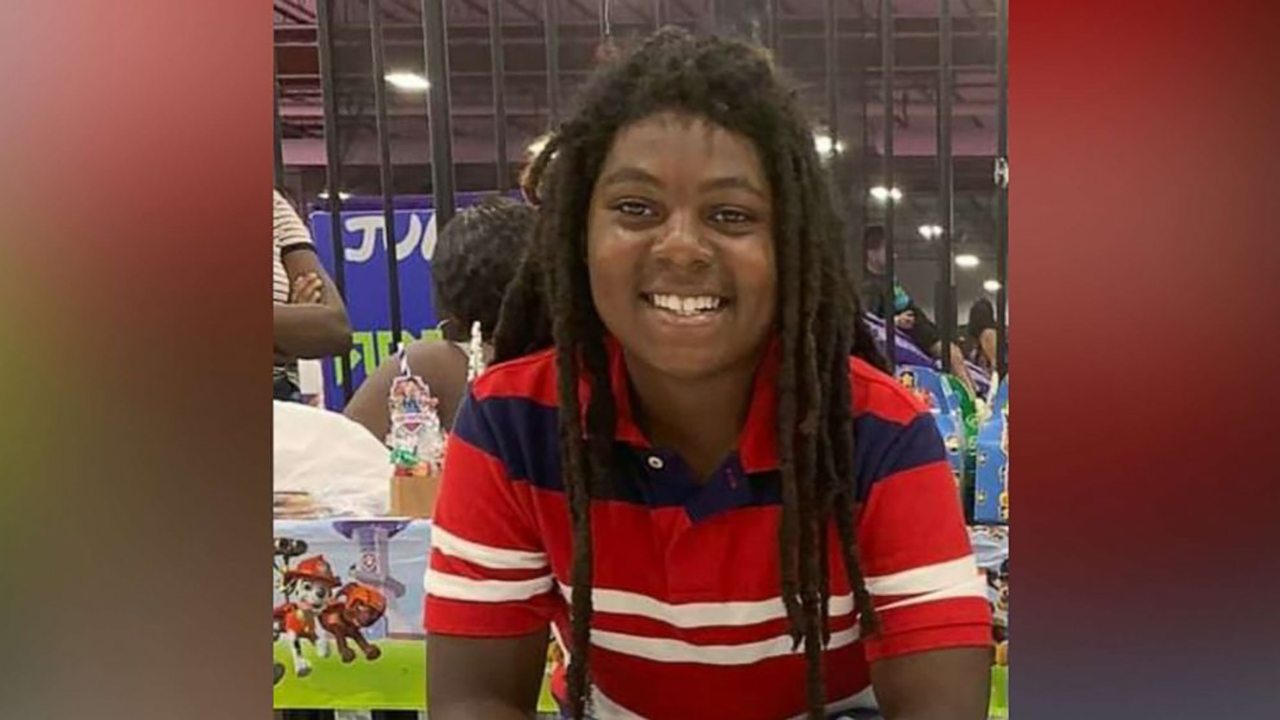 Stanley "SJ" Davis III is pictured in an undated photo.

Inside the deadly crash

Davis' grandmother Tina Hunter told ABC News that her grandson received the dirt bike as a Christmas gift and was trying it out the day after Christmas, when an officer attempted to pull him over.

According to Florida law, a dirt bike is considered an "off-highway vehicle" and the operator of such a vehicle must be 16 years old.

Surveillance video obtained by ABC News, which appears to have been taken shortly before the fatal crash, shows Davis stopping at a Chevron gas station to fill up his tank. When he leaves the gas station, a Boynton Beach Police vehicle seems to be trailing him.

"He could have questioned him in a safe space when he parked to get gas," Hunter said. "You waited and chased him until you chased him to his death."

The Florida Highway Patrol is leading the investigation into the fatal crash, a spokesman told ABC News on Wednesday, but the agency is also working with the Boynton Beach Police Department, which is conducting its own internal investigation.

"The Florida Highway Patrol is conducting an impartial, objective, third-party investigation that is separate from our internal investigation," a BBPD spokesperson said, adding that the Palm Beach County Medical Examiner's Office is also conducting its own investigation into the crash. 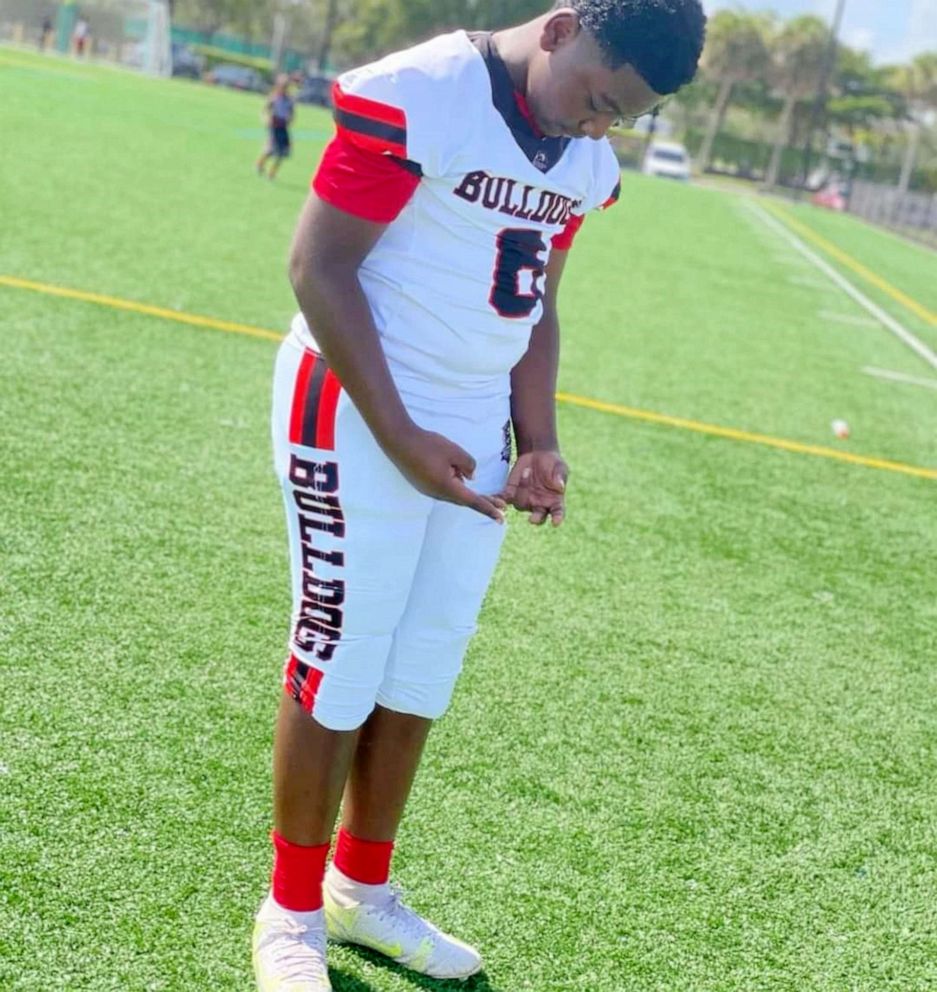 Police said that the department had "provided all video evidence" to the Florida Highway Patrol to aid in the investigation, but said that the police vehicle that was involved in the incident was "not equipped with a dashcam."

"I've not seen any evidence or heard any witness testimony that states that the officer's vehicle came in contact with the dirt bike operator's dirt bike," Police Chief Michael G. Gregory said during a press conference Sunday.

An FHP spokesman echoed the finding, telling ABC News: "Based on our preliminary investigation, the officer's vehicle did not come into contact with the dirt bike."

According to BBPD policy, "Vehicular pursuits will be initiated only if the officer reasonably believes that the person(s) fleeing has committed a forcible felony." Asked if the officer violated this law, a BBPD spokesperson said, "The investigation into this crash is ongoing."

A community copes with anger and grief

Hunter said that she is "angry" with the police department and city officials over her grandson's death.

She said that he was harassed by police his whole life, and she believes he was targeted because he is Black.

"When I take him outside to play, there go the police," she said.

"We do not have any calls for service, incident reports, traffic citations or citizen complaints to substantiate the allegation referenced below," the police department spokesperson told ABC News regarding Hunter's allegation. "We recognize there is tension in the community about how this occurred, and we believe an objective and impartial investigation by the Florida Highway Patrol will help build trust in the outcome, whichever way it leads."

Its With A Heavy Heart That We Are Tragically & Painfully Forced To Say Goodbye To One Of Our Own 13yr Old Stanley Davis Jr A Child With A Illuminating Smile & A Beautiful Happy Spirit That Shined Everywhere He Went SJ You Were A Becan Of Joy SJ Will Be Truly Be Missed By All RIP pic.twitter.com/LOPDV2SbZh

Boynton Beach Mayor Steven B. Grant met with community members after the incident as some expressed anger and grief.

He told WPEC, a local station in Palm Beach, "We should not blame the police department for the actions of an individual officer; however, the city and police are responsible."

Grant added that given the city's history, he understands why some community members believe race played a part in this incident.

"The situation that created this didn't happen just yesterday, this is an aspect of how the city has treated parts of the city for decades, even before I was mayor," Grant said. "So the city is trying to work with the community to get a resolution so that it's safer for everyone."

ABC News reached out to Grant, who said that he will address the media next week, and directed the questions to the police chief and city officials, who did not immediately respond to a request for comment.

Asked about Grant's comments, a spokesperson for the BBPD told ABC News, "We remain committed to a fair and objective investigation, and it's currently in progress."

Asked how she was doing after losing her grandson, Hunter said, "The best that I could."

Davis played football for the Boynton Beach Bulldogs and, according to his head coach Jermaine Horne, he had been part of the league since he was about 6 years old.

Horne told ABC News in a phone interview on Wednesday that Davis' death has taken an emotional toll on his teammates, who participated in a vigil on Monday to honor his memory.

"As of now, it's like a numbness," he said. "Each day we get closer to accepting that it's a reality, but right now we can't believe it."

He remembered Davis, who was known to his teammates as "SJ," as a "good kid," who had a "radiant smile."

"His father -- he's always telling him it was important to be a good man and a good person," he said. "His mom and his dad, they did a good job with him."

Rodney Atwaters, who also coached Davis, said that "a lot of kids are just hurt" after his death.

He said that Davis was a "dedicated" football player who wanted to make his coaches and his parents proud.

"I think what [the kids] should learn from Stanley is what an agreeable kid he was," Atwaters said. "He was very respectful no matter what - not only to us adults, but to all the kids, all the teammates ... he brought joy to everybody."