Ryan, who was outspoken and coached in the NFL for 26 seasons, was known forbuilding some of football's top defenses with a relentlessness that focused on creating havoc on the field.

"He was many things to many people -- outstanding coach, mentor, fierce competitor, father figure, faithful friend and the list goes on," his son, Buffalo Billscoach Rex Ryan, said Tuesday in a statement. "But to me and my brothers Rob and Jim, he was so much more. He was everything you want in a dad -- tough when he had to be, compassionate when you didn't necessarily expect it, and a loving teacher and confidant who cherished his family. He truly was our hero."

James Solano, Buddy Ryan's agent, said he died in Kentucky, where he lived on a ranch in Shelbyville, but did not give a cause.Funeral services are scheduled for Friday in Lawrenceburg, Kentucky.

James David Ryan was a Korean War veteran who went to Oklahoma State, then got a master's degree from Middle Tennessee State even while coaching. He got his first major job in the pros in New York, then of the American Football League, in 1968. Ryan was the linebackers coach for the Joe Namath-led Jets, a boastful, confident team that fit his personality.

Those Jets led the AFL in defense in his first season on staff, then shocked the Colts in the Super Bowl 16-7.

"That's something my dad was very proud of," said Rex Ryan, who is entering his second season as the Bills' head coach. "When [former Jets coach Weeb] Ewbank hired him, he had to make a difference. If he felt he wasn't making a difference, then his career as a professional coach would be short."

Buddy Ryan's first job as a defensive coordinator came in 1976 with the Minnesota Vikings under Bud Grant, like Ewbank a Hall of Fame coach. He spent two years there before moving to the rival Bears, where he concocted the 46 defense that overwhelmed the league with its aggressiveness and unpredictability.

With the Bears, Ryan's renown skyrocketed. The 46 defense was founded on sending more blitzing players than an offense could block. And in 1984, the Bears tallied 72 sacks, a record that still stands. The '85 Bears capped their Super Bowl title with seven sacks.

Ryan's defenders, featuring such Hall of Famers as linebacker Mike Singletary and ends Dan Hampton and Richard Dent, came from all angles and were nearly impossible to budge on the ground -- not that teams had more success in the air, either.

"Some say the 46 is just an eight-man front," said Buddy Ryan, who named the scheme after safety Doug Plank, who wore that number. "That's like saying Marilyn Monroe is just a girl."

Carolina Panthers coach Ron Rivera, a member of the '85 Bears, tweeted his condolences.

Ryan and head coach Mike Ditka often feuded during that 15-1 '85 season and Super Bowl run. They nearly slugged it out at halftime of Chicago's only defeat, at Miami on a Monday night in December. (Ryan later punched offensive coordinator Kevin Gilbride on national TV on Jan. 2, 1994, when both were assistant coaches with the Houston Oilers.)

"We won a Super Bowl together, and we would have never did it without each other," Ditka told SportsCenter on Tuesday. "Buddy was far before his time, really. He did things defensively that people had no concept of. It took a long time for people to figure out what to do against his defense, not that they ever figured it out.

"What Buddy did was genius. He was way ahead of his time."

At a meeting the night before the Bears beat New England in Super Bowl XX, Dent said a teary Ryan informed his players that he was leaving to coach in Philadelphia: "You guys are going to be my champions. Let's kick some tail," Ryan said.

Hampton then kicked a film projector out of defensive line coach Dale Haupt's hands, and McMichael flung a chair across the room, its legs impaling a chalkboard.

After the game, Ryan was carried off the field next to Ditka.

"He was a hell of a coach. Period," Ditka said. "And his players loved him. There's not much more you can ask than that. I don't profess to be a hell of a coach, and I know what my players think about me, so he had one over on me, that's for sure."

Said McMichael: "People ask all the time, 'Why didn't you guys win another Super Bowl?' Well, Buddy Ryan went to Philadelphia. Period. Doesn't anybody understand that? That was the first tooth being pulled out of the snarl."

Such was the devotion that players felt for Ryan, who guided the Eagles to the playoffs in 1988, '89 and '90. But they lost all three playoff games, and he was fired after the 1990 season by Eagles owner Norman Braman despite a 43-35-1 record.

Earlier that season, Ryan bragged that his Eagles would so badly beat up the Washington Redskins in a Monday night game that "they'll have to be carted off in body bags." The Eagles' defense scored three touchdowns in a 28-14 win and knocked nine Redskins, including two quarterbacks, out of the game.

"It's a tough, physical, rough game," said ESPN's Mike Golic, who played for Ryan with the Eagles. "And Buddy epitomized that style of play more than any other coach I had at any level. ... He wanted the results, and he put you in position to make plays.

A year earlier, Philadelphia routed the Dallas Cowboys 27-0 on Thanksgiving Day with hardly any holiday feelings in the air. Cowboys kicker Luis Zendejas said Ryan put a $200 bounty on him, something Ryan laughed off as ridiculous.

"Buddy Ryan was arguably one of the greatest defensive masterminds in NFL history and forever left his mark on the Eagles organization and the city of Philadelphia," Eagles owner Jeffrey Lurie said in a statement.

Arizona hired Ryan as head coach in 1994, and the Cardinals went 12-20 in his two years there. He never coached again, letting twin sons Rex and Rob carry on the family legacy.

"For Rob and me, we've had the great fortune of sharing the coaching profession that he was so proud of and cherished so much," Rex Ryan said. "There is no way we can possibly begin to measure how much football we have learned from him over the years and we are forever thankful to him for instilling within us his unwavering love for the game of football.

"While today is a tough day for all of us in the Ryan family, we are consoled in knowing how much dad was loved by so many and the love he gave back in return. Though we will miss him dearly, we take comfort in knowing that his memory will live on through all of us."

Buddy Ryan, suffering from the aftermath of a devastating stroke and battling cancer and confined to a wheelchair, attended a Bills game last season.

He began his 33-year coaching career in 1961 as a defensive line coach with the University of Buffalo.

"Buddy Ryan was the architect of the greatest defense our league has seen," Bears chairman George H. McCaskey said in a statement. "He was brilliant when it came to the X's and O's of the game, but what made him special was his ability to create an unwavering confidence in the players he coached. From the day he was hired in 1978, his defenses bought into more than the scheme, they bought into him and took on his personality.

"Buddy was brash, intelligent and tough. He was a perfect match for our city and team. ... He is one of the team's all-time greats. Our prayers are with his family." 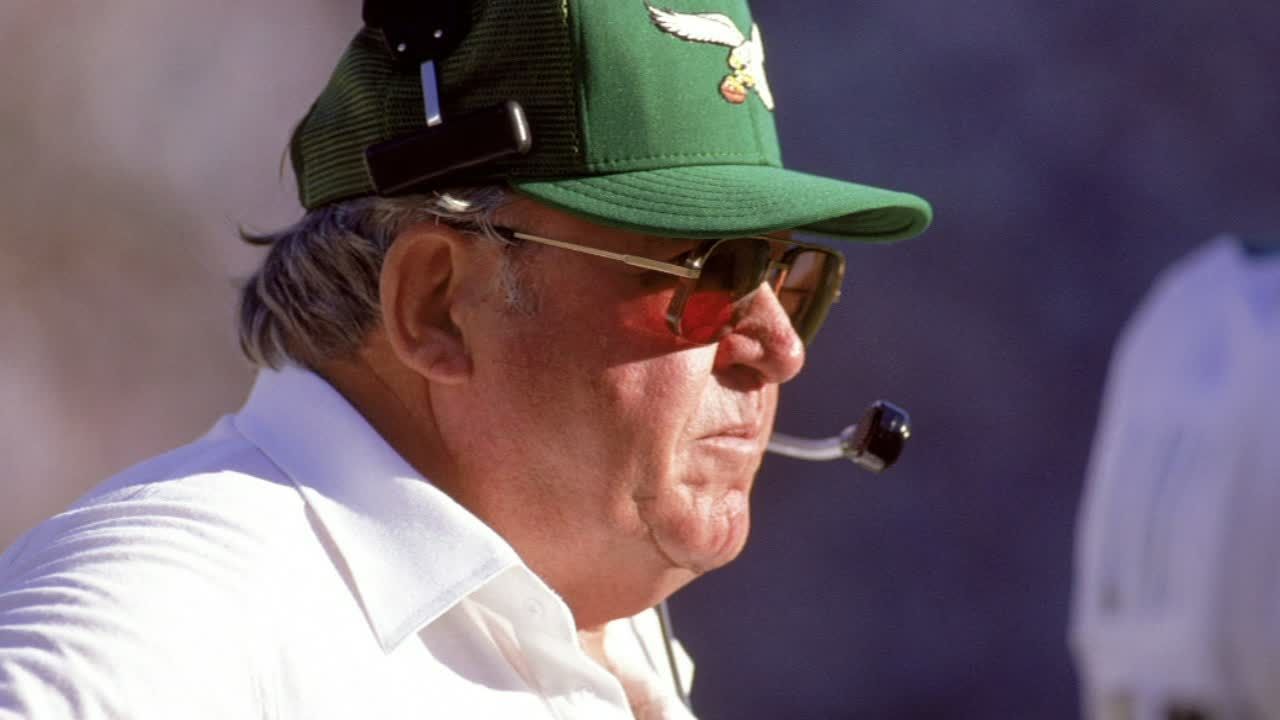 Ditka remembers Buddy Ryan
Mike Ditka looks back at his time coaching with Buddy Ryan on the Chicago Bears and what he meant to football. 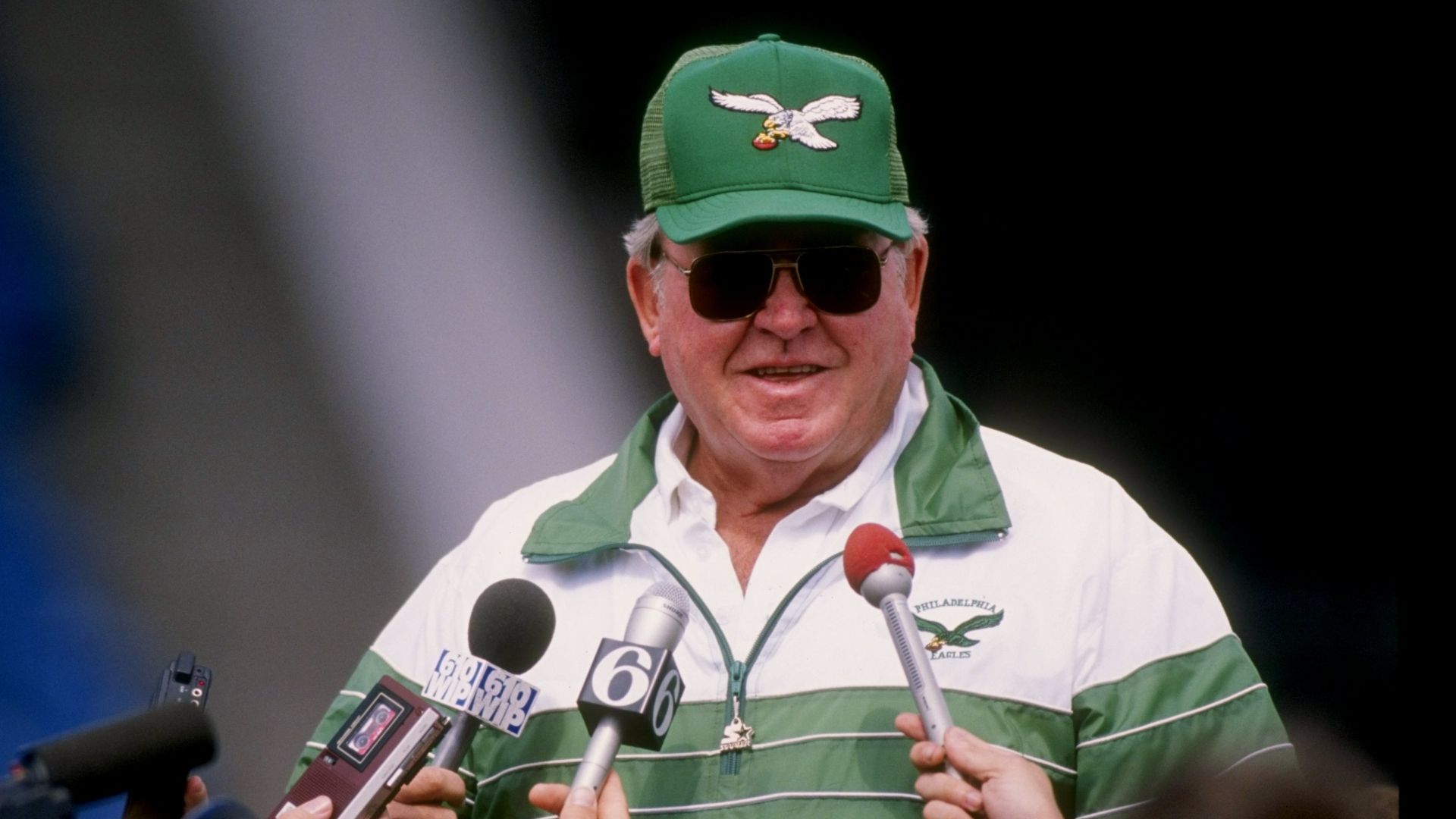 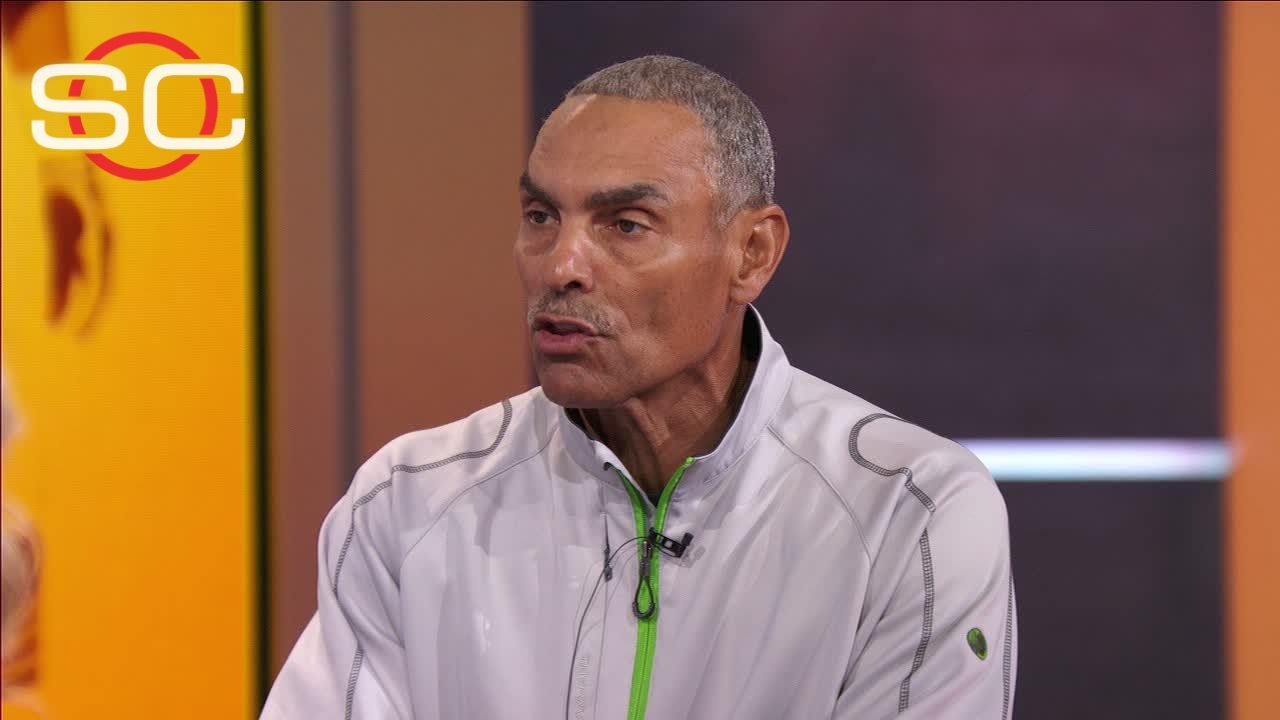