KGO
SANTA CRUZ MOUNTAINS (KGO) -- It's going to take millions of dollars to fix all the roads damaged by the recent rain.

The director of public works told ABC7 News Santa Cruz County has suffered more than $20 million in road damage. He was in Sacramento Thursday morning still waiting to hear if any state or federal aid is coming their way.

Another night, another road closure in the Santa Cruz Mountains. A massive tree branch is blocking Glen Arbor Road at Newell Creek. David Rahn used to use it. "Where I live, there's been a lot of road closures," said the Felton resident. "We've had to reroute through a private road."

The list of closures is long and changes with each rainfall.

He says more than $20 million in road damage has been done and the county is anxiously awaiting financial help from Caltrans and federal highway administration.

"I've talked to a lot of public works directors and they're saying the same thing," Presleigh added. "'How many millions you got, five, ten, 15?' And we're probably the worst in Santa Cruz, one of the worst. We just took a direct hit."

"Like I say, it's one of those things," Said Boulder Creek resident Sid Thompson. "You choose to live in the mountains, you have to take the good with the bad."

Click here to download the ABC7 News App to get your weather forecast on the go. And make sure you enable push alerts for immediate notifications and severe weather alerts.
Related topics:
weatherwindfloodingevacuationwinter stormstormrainstorm damagesevere weather
Copyright © 2020 KGO-TV. All Rights Reserved.
RELATED 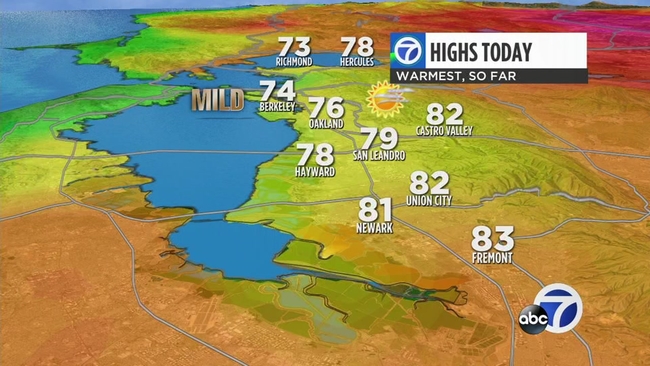