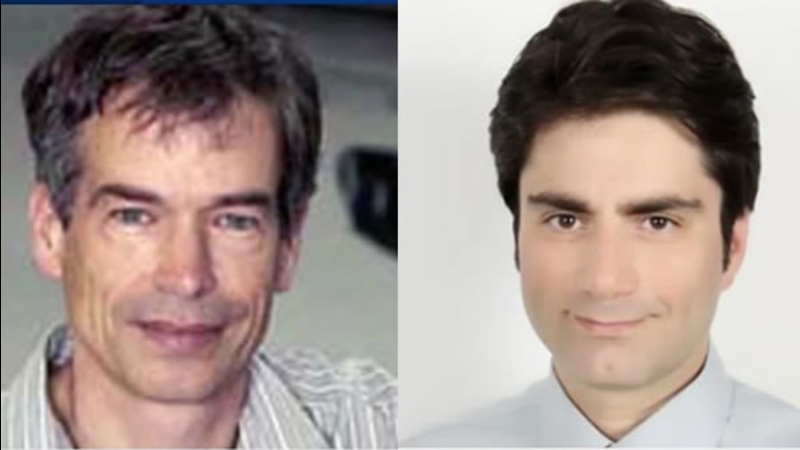 The scene was so remote, crews could only access it by boat. The plane crashed just after 9 a.m. Monday near Lake Berryessa.

The NTSB and FAA as well as the Napa County sheriffs have been investigating. The plane that crashed was a special amphibious plane that's made nearby in Vacaville.

The victims have been identified as 55-year-old Jon Murray Karkow, the pilot in command of the aircraft, and 41-year-old Cagri Sever, who was a passenger. Both are employees of ICON Aircraft.

The single-engine ICON A5 crashed under circumstances officials have not determined yet. Officials believe the aircraft was only airborne for about 20 minutes before it crashed.

Lake Berryessa is used as an ICON training ground for planes that can take off and land both on water and land. A sheriff's department describes the moment when they got the call Monday morning and discovered there were two people inside. "We got the call that there was a plane crash, we sent everybody of course. CHP actually sent their helicopter off and I believe they lowered someone into the scene and then he checked them both out, declared them both dead at the scene," he said.

Below is a statement from ICON Aircraft CEO Kirk Hawkins:

"It is with great sadness that I write this. Earlier today, two ICON Employees were killed in an A5 accident while flying at Lake Berryessa, CA. We have no details on the cause of the accident right now and the names of the victims have not been released publicly. The NTSB and FAA have been notified and ICON will be working closely with them to fully support their investigation.

This was a devastating personal loss for many of us. Once arrangements have been made with all the families involved we will let you know more. Please hold your calls and requests for a brief period while we work through this tragic event with the family members and employees. The thoughts and prayers of our entire organization are with the families of both people onboard, they were both truly amazing individuals."

The investigation continues into why this happened after just a short 20-minute flight.
EMBED More News Videos

Officials are investigating after two people died in a plane crash near Lake Berryessa in Napa County on Monday.