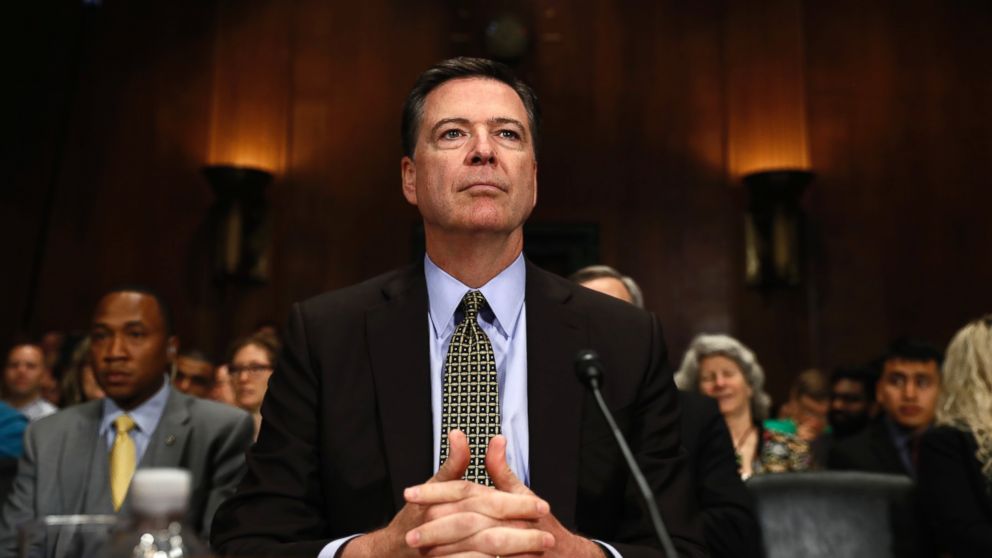 Former FBI Director James Comey is scheduled to testify before the Senate Intelligence Committee Thursday in his first public opportunity to share the details of his May firing.

The hearing is expected to focus primarily on circumstances around Comey's firing as well as his communications and interactions with President Donald Trump during the transition and early days of the administration, reportedly documented by Comey in contemporaneous memos.

There are also likely to be questions about the investigation into Russian election interference overseen by Comey and where the inquiry stood at the time of his firing.

Based on the latest ABC News reporting and public statements from members of the Senate Intelligence Committee, here are 10 questions Comey is expected to face from the panel:

1. Did President Trump ask you to pledge loyalty to him during a private dinner in January?

In May, ABC News learned Trump allegedly asked for Comey's allegiance from sources with knowledge of the situation. The president has denied he asked the question.

2. Did President Trump pressure you to end the FBI probe into former national security adviser Michael Flynn, asking to "let this go"?

Comey is said to have documented the request from Trump in a memo that he shared with top FBI associates.

3. Were there any other inappropriate questions or requests made of you? Do you believe President Trump was trying to obstruct justice?

4. Did you share your concerns about President Trump's private comments with other top FBI/DOJ officials? If not, why not?

5. Why do you think you were fired and did you have any notice about concerns over your performance?

In a letter to President Trump, Deputy Attorney General Rod Rosenstein cast doubt on Comey's handling of the investigation into Hillary Clinton's private email server, and the White House, at first, claimed Trump acted on that recommendation. The president later flipped the narrative, claiming the decision to fire Comey was his alone, made before receiving the letter from Rosenstein, and that he was thinking of Russia when he made it.

6. Did you tell President Trump three separate times that he was not under investigation, as he claims?

Trump made the assertion in his letter informing Comey of his dismissal.

7. Did you know -- or do you now suspect -- that your conversations with the president at the White House were recorded?

As the situation surrounding Comey's firing unfolded, Trump tweeted that the ex-director "better hope that there are no 'tapes' of our conversations before he starts leaking to the press!"

8. Was your decision to go public with findings of the Clinton email case influenced by bad intelligence fabricated by the Russians -- and were you aware of that at the time?

CNN reported in late May that Comey was aware that information used to justify ending the investigation into Clinton's emails was false.

9. Why did you deliver false testimony to the Senate Judiciary Committee about Huma Abedin's email habits?

Sources told ABC News that Comey overestimated the number of emails that Abedin, a longtime aide to Clinton forwarded to a laptop belonging to her now-estranged husband, former Rep. Anthony Weiner.

10. Did anyone from the White House advise you not to provide answers to certain questions or topics asserting executive privilege?