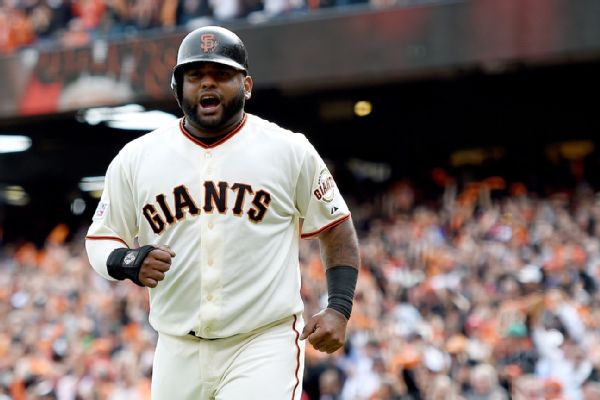 Pablo Sandoval is back on the San Francisco Giants' major league roster, as the team called him up before its Saturday night game.

If Sandoval plays against the Arizona Diamondbacks, it would be his first appearance with the Giants since helping them win Game 7 of the 2014 World Series.

That offseason, Sandoval elected to sign with the Boston Red Sox. The three-year, $95 million contract was largely a bust, and he was released last month.

Sandoval signed a minor league contract with the Giants on July 22 and was apologetic about the way he left San Francisco three years ago.