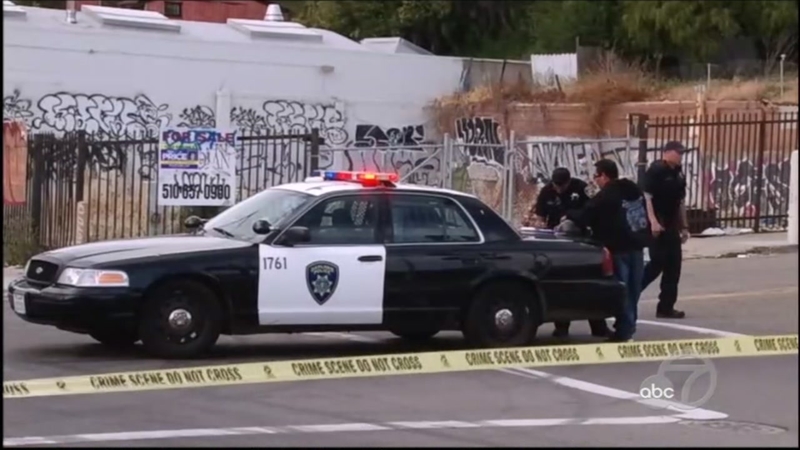 EAST OAKLAND, Calif. (KGO) -- Oakland Police Deputy Chief LeRonne Armstrong delivered a teddy bear and well wishes to a 3-year-old shooting victim at Children's Hospital this morning. He also wanted to let the family know the department is doing all it can to find the shooter.

The boy was hit in the head by bullet fragments last night while sitting in his mother's car. It happened around 9:30 p.m. in the 1600 block of 80th Avenue. Police say the boy is in stable condition.

Police are asking anyone with information to come forward and are offering a reward of up to $5,000 for details that lead to an arrest.

Deputy Chief Armstrong says the family was attending a memorial for a victim in a homicide when the shooting happened and the child was hit.

"We don't necessarily believe the shooting was connected to the memorial at this time but the investigation is continuing," he said.

There has been a recent uptick in violence in Oakland. Police responded to several shootings over the weekend involving 12 people.