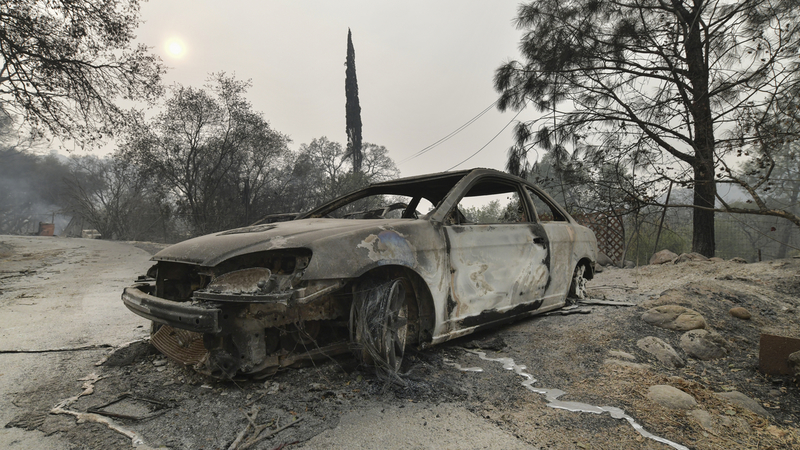 PARADISE, Calif. (KGO) -- Good friends, sitting on a park bench, looking at old photos. When Anna Dise sees images of her father, she suspects them to be her last keepsakes.

Honey Run Road intersects with Eskin Maidu Trail in Butte Creek Canyon, where Anna lives. Fire burned homes and belongings beyond recognition. Anna and her dad had seen the smoke and heard the warnings.

"He was stubborn," she said. Gordon had lived in that house for 40 years. He had seen other fires, evacuations, and never left. "Not this time either," she says he said.

And then the fire was upon them.

Anna remembers a wall of flames, smoke and fury.

By the time she and her father did decide to pack and leave, it was too late. And still, something compelled Gordon to enter the house one last time.
Anna waited behind the wheel of their car.

"I honked the horn and then the kitchen collapsed outward. I tried to drive out but the tires had melted."

Anna and the family dogs took refuge in a clearing. They kept wet with water from a neighbor's pond, and waited all night long. "I could hear trees going up, falling, propane tanks exploding."

When the sun rose, so did Anna. She has not been back to the house. "I didn't want to disturb anything."

Her mother died two years ago. Now, presumably, her father.

"I'm not sure how to cope with both of them being gone."