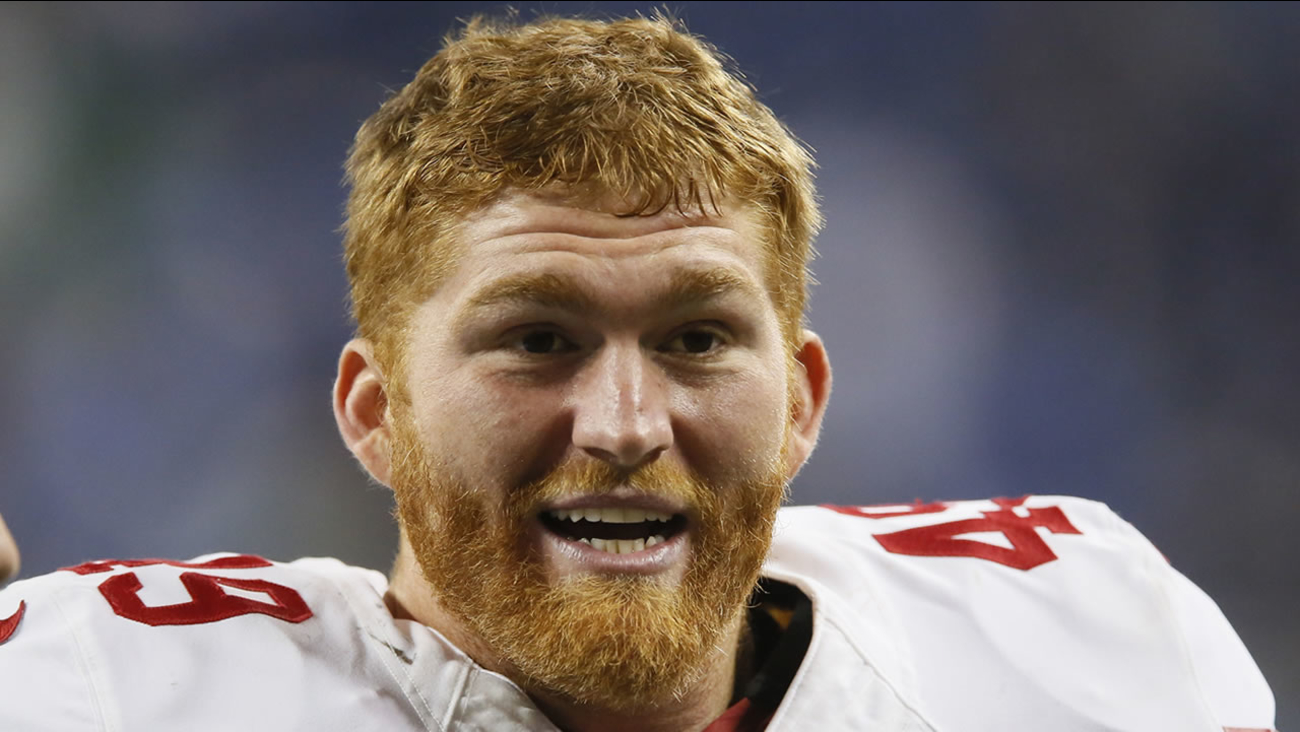 SAN FRANCISCO (KGO) -- The 49ers released Bruce Miller after he was arrested by San Francisco police early Monday morning on charges of assault with a deadly weapon, criminal threats, elder abuse, and battery.

Miller has since been released from police custody.
Police say Miller tried entering the wrong room at a Fisherman's Wharf hotel and fought with a 70-year-old occupant.

It's not the first time the 29-year-old has been in trouble with the law. He plead no contest last year to disturbing the peace after a March 2015 argument with his former fiancee. Miller was ordered to attend a domestic violence counseling course.

The 49ers acknowledged the latest incident in a statement on Monday morning.

"The San Francisco 49ers organization is aware of the media report regarding Bruce Miller," the statement said. "We are gathering the relevant facts of this matter and will continue to monitor the situation."

Later in the day, the organization tweeted that Miller had been released from the team. He was released from police custody on Monday afternoon.