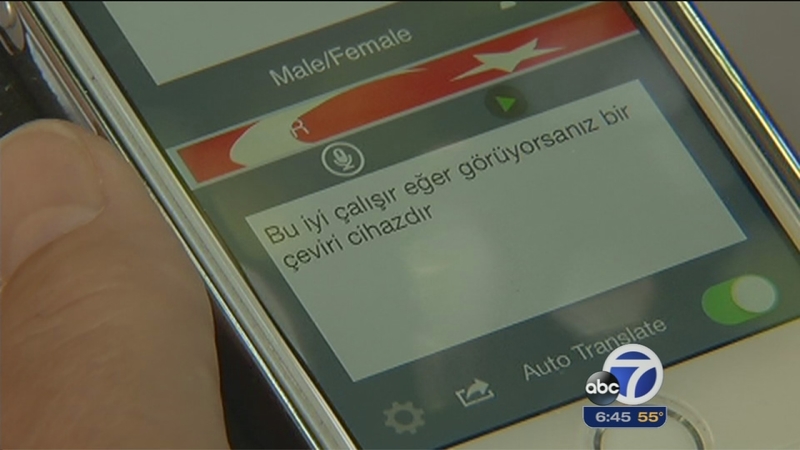 SAN FRANCISCO (KGO) -- Wouldn't it be nice to go just about anywhere on earth and talk to anyone in their own language? Well, now there's an app for that, and Seven on Your Side has put it to the test.

Yan Auerbach spoke with us in a Skype interview about his translation app, SpeechtTrans.

"It lets you speak in one language and then it will translate and speak out loud in any other language," he said.

Forty-two languages and dialects in all. The app speaks out loud and translates on the screen, too. And it does it all within seconds.

We wanted to know if it does a good job of translating from English to Spanish, so we went to San Francisco's Mission District. We spoke with Brenda Gonzales, who speaks both Spanish and English.

Next we went to Japantown and into a store called J-Town Video. Kai Takemoto is the store manager. He listened and then weighed in.

Next we headed to Pier 39 and found Anja Solheim from Stockholm, Sweden. She speaks several languages, including Norwegian.

The app is free for the first 20 translations a day. If you want more there is a paid version which offers unlimited translations and a lot more.

And if you need a live interpreter, that can be provided for an additional fee.