KGO
By Chris Nguyen
SANTA CLARA COUNTY, Calif. (KGO) -- The city of Santa Clara is moving forward with a minimum wage increase, but some people are concerned it will drive business out of the city to nearby San Jose.

Some workers ABC7 News spoke with said every dollar counts and others said they're worried their hours will be cut if the cost of doing business keeps going up.

For some, life in Silicon Valley is anything but prosperous. "If I were to live on my own, I don't think I'd be able to survive on just my minimum wage," Westfield Valley Fair Mall employee Talia Ochoa said.

Ochoa is a full-time student at San Jose State University. To make ends meet, she works two jobs. "I strategically wanted to go where the higher minimum wage was just because if I'm going to be working as hard as everybody else, I want to make the same amount of money," she said.

On Tuesday night, Santa Clara City Councilmembers moved forward with a plan to possibly raise the city's minimum wage to $11 an hour starting in 2016. "Our big businesses, they can afford those kind of things, but our concern is the small business man just doesn't have the bandwidth to take on all these extra costs," Santa Clara Chamber of Commerce and CVB spokesperson Roy Truitt said.

Truitt believes the minimum wage issue should be set by state and federal authorities rather than at the local level.

He fears any additional moves would continue to pit cities against each other because small business owners already have enough on their plate. "They're saying how much longer can we absorb these costs before we may have to shut down because we won't be able to afford to do business in Santa Clara," he said.

The owner of a popular coffee shop called Bellano on Stevens Creek Boulevard said it's been tough trying to keep up with increasing costs, but she still supports a minimum wage increase. "It'll present a good challenge for us to try to make the business keep working, but we've done it in the past," Veronica Ruckman said. 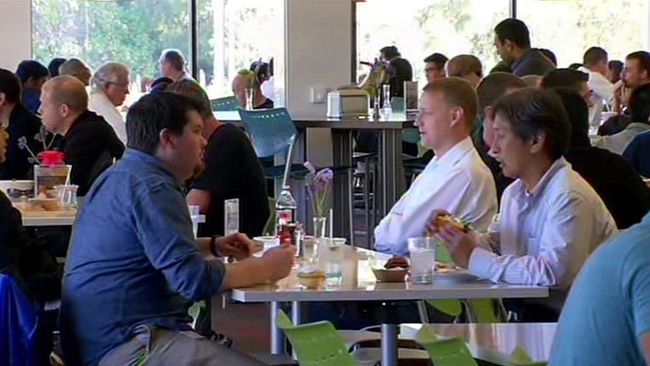