"20/20" takes a look at the ongoing murder investigation

A new "20/20" provides a comprehensive look at the ongoing case and covers the latest details on the murder investigation.

MOSCOW, Idaho -- It was a gruesome quadruple murder that rocked a college campus and kept the country on edge for weeks as investigators sought the person responsible for the deaths of the University of Idaho students Ethan Chapin, 20; Madison Mogen, 21; Xana Kernodle, 20, and Kaylee Goncalves, 21.

Suspect Bryan Kohberger, 28, a Ph.D. student, is being held without bond in Idaho. He has not yet entered a plea.

For the friends and family of the slain students questions remain, and many say said their pain and pursuit of justice has gotten stronger.

"It was a huge weight that got lifted," Ben Mogen said. "At the same time, I knew that for the rest of my life, there was going to be someone's face that I was going to have in my head. I just think I have to be more focused on the fact that we caught someone."

A new "20/20" airing Friday, Jan. 13, on ABC at 9 p.m. ET and streaming the next day on Hulu, provides a comprehensive look at the ongoing case and covers the latest details on the murder investigation.

"Horror in Idaho: The Student Murders" will also include emotional interviews with the victims' classmates, friends and family.

Alivea Goncalves said her sister and Mogen had been close since they were in the sixth grade and were like sisters. When the two started attending the University of Idaho they joined different sororities but recently moved into an off-campus house together, according to Goncalves.

"She didn't plan on remaining in Idaho, so she really just had that last hoorah with Maddie in the same house together," Alivea Goncalves said.

Many of the friends we spoke with asked that ABC not use their last names.

Friends and classmates described Goncalves as someone they could rely on and confide in.

"She was in everyone's corner. She was the voice for people who didn't have the voice," Katie, a University of Idaho student who was friends with Goncalves and Kernodle.

Ava, another friend of the group, said she had warm memories of Kernodle, who also lived in the house.

"I've never met someone like Xana before ever; she opened her arms wide and let me in her life the day I met her," Ava told "20/20." "Her biggest joy in life was to be happy and to make others happy. I had so much respect for Xana, because she always made me happy, and her energy just poured out."

Peter, a fraternity brother, said Chapin was the "most kind-hearted, humble individual that I have ever met."

"You can be around people that are always negative... Ethan is the opposite of that," Peter told "20/20." If you're in a bad mood, you wanted to find Ethan just to cheer yourself up a little bit."

"[Ethan] was one of those humans that when he looked you in his eyes, you could see his heart," Chapin's former basketball coach, Tyler Amaya, told "20/20."

Amaya said learning about the tragedy was "the worst news you ever could have imagined."

The victims' friends and family said they are still going through the emotions over what police said took place in the early morning hours of Nov. 13, as detailed in an unsealed affidavit that led to the arrest of Kohberger.

The night before, Goncalves and Mogen went out to a local bar while Chapin and Kernodle were at the Sigma Chi house, according to investigators.

Goncalves and Mogen returned to the house at around 1:45 a.m. after stopping by a food vendor, according to investigators. Kernodle and Chapin, who didn't live in the house but slept over that night, arrived at the residence around the same time, police said.

Two additional roommates in the house, who are not considered suspects by the police, were unharmed.

One of those roommates claimed she heard a noise coming from Kernodle's room and saw a man in a mask leave the house, according to a police affidavit. Later in the morning, a 911 call was placed and officers found the bodies.

Alivea Goncalves said she was comforted by the fact that Kaylee and Madison were in bed together in their last moments.

"If I couldn't have been there to hold their hands and to take that pain from them, at least they had each other. It's honestly one of the most comforting things in this," she said.

For over a month, police sought every clue and tip they could find in the pursuit of a suspect.

According to a police affidavit, they say linked DNA found on a knife sheath found at the crime scene to Kohberger, who attended Washington State University, which was less than 10 miles away from the University of Idaho campus.

On Dec. 30, Kohberger was arrested at his family's residence in Pennsylvania and was charged with four counts of first-degree murder. He was extradited to Idaho five days later and is awaiting trial.

Jason LaBar, Kohberger's Pennsylvania public defender, said he is "eager to be exonerated." The suspect's family released a statement expressing sympathy for the families of the victims and that they love and support Bryan.

Investigators have not revealed a motive for the killings.

"I think a lot of people question why I haven't cried or I haven't been more emotional in these interviews. And for me, even before we had a name or an arrest, I could only imagine the driving factors of this person. The motivating factors of this person were pain and fear," she said. "And that was one thing that I could control is to not grant that satisfaction. This individual doesn't get to see how he hurt me."

Kohberger was stopped twice by Indiana police on Dec. 15 for traffic violations, while on a cross-country drive with his father.

LaBar said the father had flown to Washington state to help Kohberger make the long cross-country drive back home for winter break.

The Hancock County Sheriff's Office and Indiana State Police said no information was given to them at the time on the suspect in the Idaho crimes or on the white Hyundai Elantra.

"To know that he remained in the community until at least Dec. 12, Dec. 13, about a month after these events is definitely harrowing. It's eerie to think about," Alivea Goncalves said.

As the case continues and more details are likely to come to light about that night, Alivea Goncalves said she hopes that the public remembers that her sister and Mogen were innocent victims who stayed out of harm's way.

"They went to school, they studied hard, they worked hard, they got themselves the things that they had by working hard. And then even that, about that fateful night, they did everything correctly," she said.

"They did everything you would want your daughter or your sister to do in that situation. So I think to remember her as responsible and compassionate and smart is the most valuable thing here."

Ben Mogen said he remembers his daughter as "so many people's best friend."

"If I had one or two words to describe Maddie, it would be, 'An angel.' She just made me proud."

Phoebe, another friend of the students, said the vigils held in honor of the four students were overwhelmingly sad but served as a reminder of a promise she's made to the victims.

"We're going to live for you," she said. "You're still in our minds and we'll never let your stories fade."

Evidence investigators used to help their search for Idaho killer 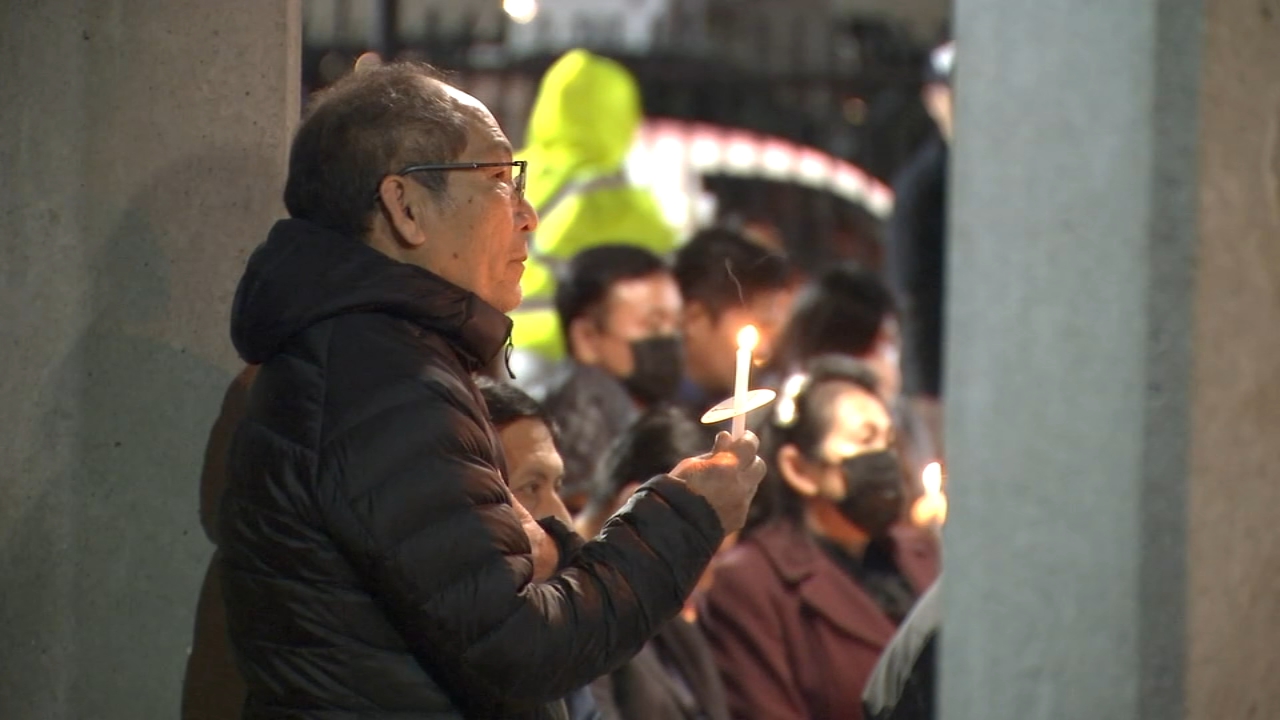