"But I was heartened to see that so many other students really rejected that narrative and rallied around a message of acceptance and inclusivity."
KGO
By David Louie 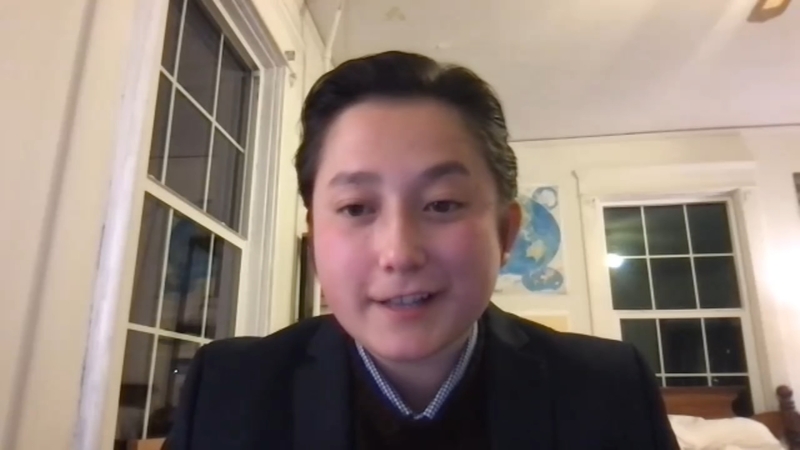 SAN ANSELMO, Calif. (KGO) -- A college student from San Anselmo in Marin County is making news for being the first transgender and Asian American to win election to lead the student body at an Eastern school. Race and social justice is a pillar of Building A Better Bay Area.

Abel Liu is gaining national attention for winning election for Student Council President at the University of Virginia, becoming the first transgender and Chinese American to do so. His identify wasn't central to his campaign, but it became an issue.

"It was used to mobilize portions of the student body against me, but I was heartened to see that so many other students really rejected that narrative and rallied around a message of acceptance and inclusivity," said Liu from the Charlottesville campus.

Liu won overwhelmingly in an election that had a turnout twice the previous year that appears to reflect acceptance during a period of reflection and self-examination nationally over race, inclusion and anti-Asian attacks.

The founders of Compton's Transgender Cultural District describe how the world's first legally recognized transgender district came to be.

"Are we a school that will rally around people who are transgender or Asian American? With 80 percent of the vote, UVA clearly says we pick an equitable and open way forward," he said.

Liu is focused on leveraging his position to bargain with university administrators on behalf of student needs. However, he also sees his election as an opportunity to address larger issues facing society.

"If you have a platform you need to use it to speak out against violence or discrimination in any form, especially when it impacts the community that you're a part of personally," the Bay Area native said.

"What matters most is solidarity across racial lines, class lines, gender lines in a fight against a common enemy of white supremacy," he said.