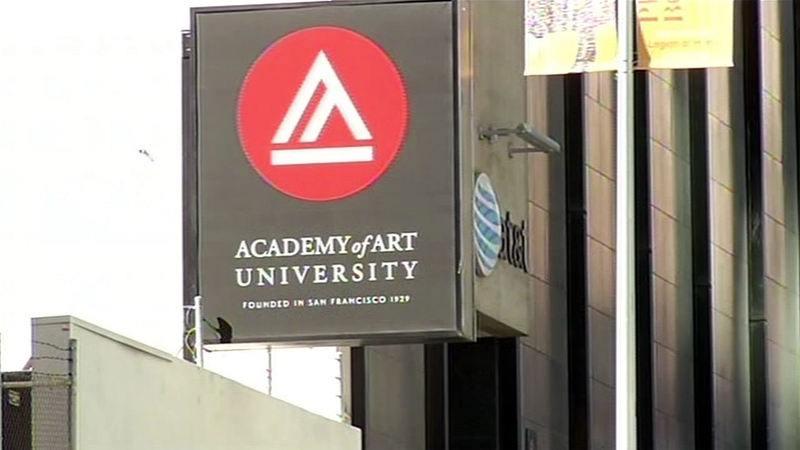 SAN FRANCISCO (KGO) -- The San Francisco Planning Commission gave one of the city's biggest landlords, the Academy of Art University, a deadline to clean up its act after allegedly violating city planning codes.

Academy of Art University officials issued a statement saying they will continue working with the commission to reach a resolution.

The Academy of Art University has been the subject of nearly two dozen planning commission hearings since 2007. "They had numerous properties that were in violation of the planning code and never obtained the proper permits to convert to allow the uses on the property," San Francisco Zoning Administrator Scott Sanchez said.

One property on Townsend Street was zoned for industrial use, but the university converted it to classrooms.

The unpaid fines for this property alone have been adding up over the years and they now total half a million dollars.

At Thursday's hearing, city residents and other landlords asked commissioners why the university was being treated so differently. "I don't really understand why for 25 years these guys have gotten away with things that all of us can't get away with," San Francisco landlord Spike Kahn said.

There are other Academy of Art University buildings in the city, with most not being in compliance either. "They own and use 40 properties in the city. Of those, three fourths, more than three quarters have some sort of violation," Sanchez said.

Some of the buildings were in violation for illegally putting up signs or illegally converting buildings into classrooms or hanging apartments into student dorms without permits.

There are also charges that the academy has taken affordable housing away from the rental market.

San Francisco Board Supervisor Aaron Peskin said enough is enough. "We're either going to come to a mutual settlement agreement or we're going to start enforcement," he said.

The planning commissioner has set July 1 as a deadline for the university to produce an environmental impact report on its properties.

Commissioners said that's an important step towards a resolution.

SF Planning Commission gives Academy of Art a deadline in its dispute over the university's properties. pic.twitter.com/jp118LgBfm