A deputy district attorney saw a need at Next Door Solutions to Domestic Violence, and decided to help. Some may even say it's a higher calling.

Johnny Gogo lives up to his name serving as a Deputy District Attorney for the Community Prosecution Unit.

He is always networking in his outreach to community organizations, like Next Door Solutions to Domestic Violence in San Jose.

The organization partners with the DA's office as they deal with victims of crimes.

"Through our hotline we take about 18,000 calls a year," said Kathleen Krenek with Next Door Solutions.

The non-profit raises money by collecting cellphones. They get about five to ten dollars each when they turn them in to a refurbishing company. Gogo saw this as an opportunity, and found an unusual place to get a large number of phones -- the California Rehabilitation Center in Norco.

"They ended up donating I think about 140 cellphones," Gogo said. "Which I thought was phenomenal."

It usually takes Next Door Solutions a year to collect that many phones. Photos provided by the California Rehabilitation Center shows prison guard in Norco posing behind the collection of phones, which filled two boxes, and were then sent north to San Jose. The devices are courtesy of people trying to smuggle them into the prison cells.

Some are thrown over the fence into the yard to be collected by prisoners, or even taped to bodies, with hopes of avoiding detection. In the end they were discovered, confiscated, and then sent to Next Door Solutions; the irony of men behind bars, some for domestic violence, helping out women affected by the same issue.

"You know we thought, wow, there's something about a sweet kiss of justice," Krenek said.

Next Door Solutions says they have a donor who matches all the money raised by these cellphones. They estimate the 140 cellphones will lead to about $2,000 to $2,500 for the organization. 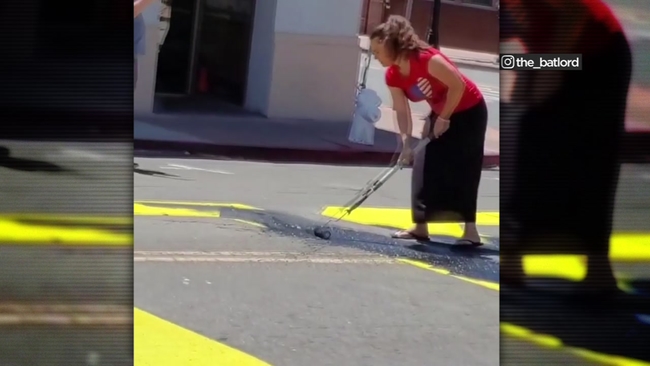