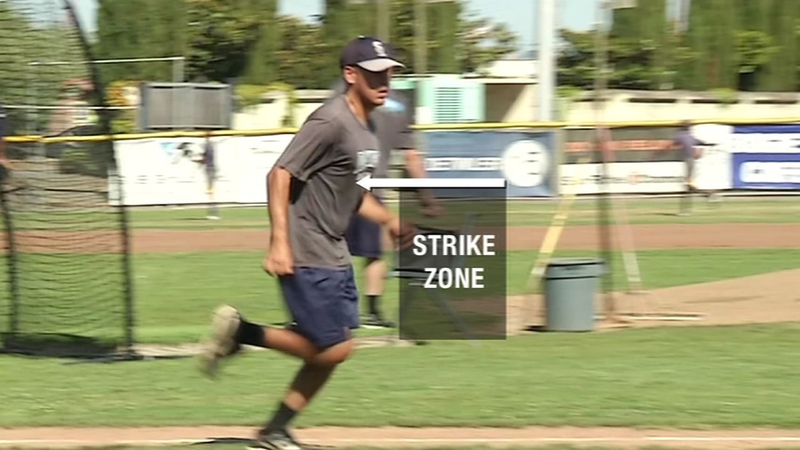 SAN RAFAEL, Calif. (KGO) -- Nearly everything is becoming computerized these days, including the experience of watching sports. On Tuesday night, a minor league baseball team in Marin County says it's making history by using some of that technology to replace a human umpire.

According to the rules of baseball, the strike zone never changes.

"The strike zone is supposed to be the bottom of the letters and the top of the knee," San Rafael Pacifics Manager Matt Kavanaugh said.

But just ask any manager.

"Each umpire has a completely different zone and some umpires it's game to game and sometimes umpires it's inning by inning," Kavanaugh said. 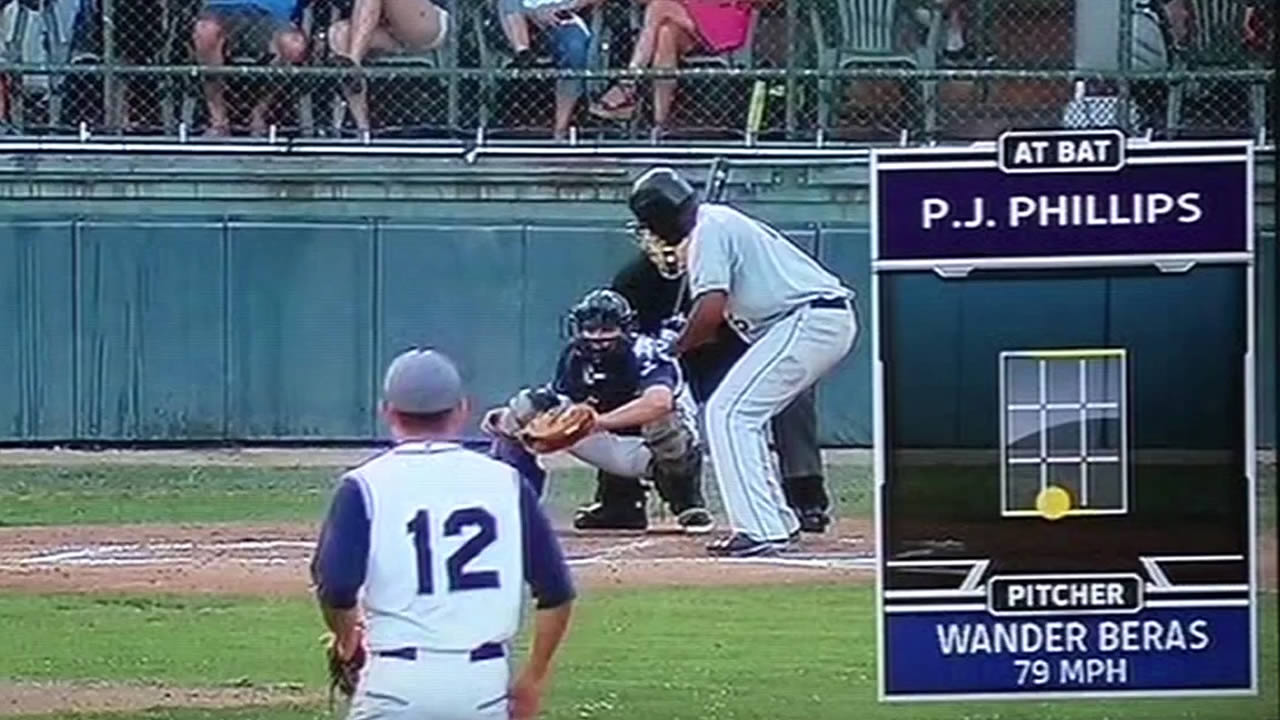 Marin baseball team makes history with new tech umpire
Baseball history was made in Marin County, since it was the first time an automated umpire was used in a professional baseball game.

That's why you might notice a few tiny cameras mounted on the San Rafael Pacifics' 1,000-seat grandstand.

The Pacifics are not affiliated with Major League Baseball, which has some advantages.

"We get the freedom to do a lot of experimental things, like for example, having an automated umpire," Pacifics owner Mike Shapiro said.

The technology is nothing new. TV commentators use it, but in professional baseball. This is the first time it's been used by officials.

For two games the computer, not the umpire, will decide what's a ball and what's a strike.

But even if the automated umpire is a home run here in the independent minor leagues, selling it to the big leagues could be a much tougher pitch.

It turns out on that level, they have some pretty strong opinions about it.

"There's also a big human element to baseball that I think it's important that you do have umpiring," Oakland Athletics Manager Bob Melvin said.

Melvin said he doesn't want it. As for the Giants' manager Bruce Bochy, he said, laughing, "I'd be curious to see how it goes. It's gonna be strange yelling at a computer but, uh..."

When asked how arguing with a computer would go, Bochy responded, "I assume it's not gonna go very well for me."

In the minor leagues, they argue with human umpires all the time.

"Sometimes, they just get rattled and they start changing the way they call pitches," Vallejo Admirals Manager Gary Templeton said.

When asked how you rattle a computer, he responded, "Um, shake it? Go find a power source, maybe unplug 'em or something like that."