7 On Your Side: You may not have to pay these parking tickets

KGO
By Michael Finney
SAN FRANCISCO (KGO) -- When a city parking enforcement officer writes you a ticket, there is no question you have to pay. However, what about getting a ticket from these those that don't work for the city? 7 On Your Side found out there are some people employed by private companies writing tickets in private parking lots.

One afternoon we witnessed a parking lot employee writing citations for several cars who had parked in San Francisco's Laurel Village parking lot for more than 90 minutes.

He used an electronic reader that looks very similar to the ones city parking enforcement officers use.

Darlene Smith is from Oakland. 7 On Your Side caught up with her right after she got a ticket in the Laurel Village parking lot from a company called Parking Control Service, PCS.

"I was trying to find parking, I just wanted to run in and get something to eat and it looks like I couldn't park here," Smith said.

FINNEY: "So who do you think wrote that ticket?"
SMITH: "The meter people?"
FINNEY: "No, it's a private company that has nothing to do with the government."
SMITH: "Oh, really? So, does that mean I don't have to pay it?"

That is the question! Attorney General Kamala Harris doesn't think so. In 2011, she issued a legal opinion about this.

"According to the attorney general a landowner doesn't have the authority to issue these kinds of documents," attorney David Levine said.

Levine is a professor at Hastings Law School. He says Harris' opinion is not law, but could be used as a defense in court. "When the California attorney general issues an official opinion, it technically doesn't have the force of law, but it is very, very persuasive."

We contacted the San Francisco City Attorney's Office, but it had no opinion. However, across the bay in Emeryville the city attorney and the police department have warned a private parking company about similar practices.

Emeryville Police Chief Ken James said, "The attorney general's opinion says that they don't have the authority to issue citations with an accompanied fine. We've made our private parking ventures aware of that."

We reached out to PCS and its attorney emailed us a statement saying, "With respect to the attorney general opinion, PCS takes no position on it other than to say that it believes its own business practices are lawful."

Roxanne Goodfellow is from San Francisco. Recently while meeting a friend at a restaurant in Laurel Village her car was cited by PCS. She said, "I felt really victimized and I felt really angry."

She went online and found Harris' opinion so she didn't pay it and has never received a follow up letter.

Even though the language on the ticket makes people believe that they have to pay the fine, Levine believes that PCS doesn't pursue parking charges.

"Implied might be a threat to sue somebody in small claims court, but my assumption is that they don't bother. They'll just take the money they can get when people voluntarily send in the money and call it a day," Levine said.

Smith is not sure if she'll pay her ticket.

Here's a warning for you -- it is quite clear, by law, private parking lots do have the authority to tow a car when it is in violation of the posted rules. So keep that in mind.
Related topics:
automotivelaurel heightssan franciscokamala harrisparkinglaws7 on your sidedriving
Copyright © 2020 KGO-TV. All Rights Reserved.
7 ON YOUR SIDE
Gig workers covered under COVID-19 relief bill
Coronavirus Stimulus Bill: what you should know
Keep your car clean from COVID-19 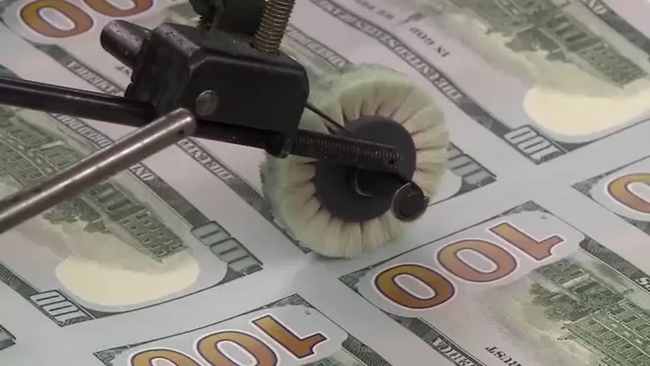