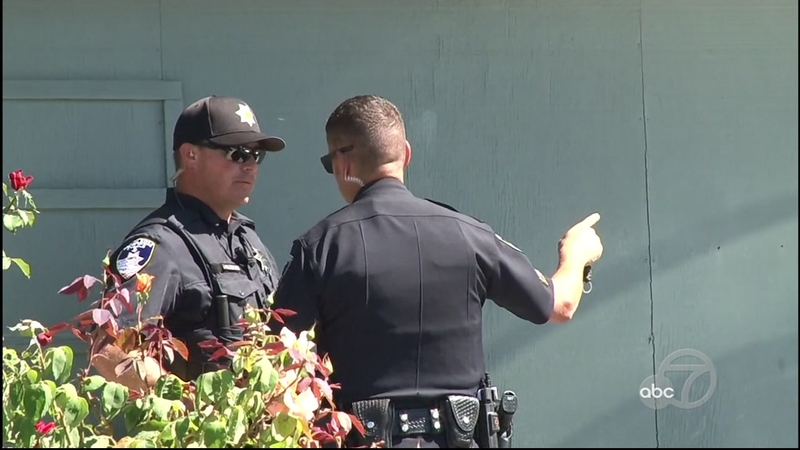 SANTA ROSA, Calif. (KGO) -- Santa Rosa police got a 911 call Saturday afternoon from a house in the 400 block of Darek Street, where a man and 13-month-old boy were found unconscious inside.

"Medical personal immediately began rendering aid to both the infant and the adult male. They were unable to revive the infant. Adult male transported to a local hospital," says Sgt. Marcus Sprague, with the Santa Rosa Police Department.

The man has been identified as 29-year-old Patrick Oneill, who lived at the house.

Police won't say what the relationship is between Oneill and the baby boy. But Sgt. Sprague did say that a relative of the baby boy, who came to the house, found the two and called 911.

Sprague says investigators found evidence of drugs in the room, which may have killed the baby. However, police did not specify what drugs are involved.

"Our belief is that as a result of his actions, the infant passed away," Sgt. Sprague says, adding that they will have more information in the coming days as their investigation continues.

Richard Glaser has lived on the street for the past 16 years. He says many in the neighborhood are having a hard time dealing with the circumstances around the baby boy's death.

"I mean if people would have known about that, I imagine somebody would have called about it, the drugs being used in the neighborhood," says Glaser.

He says he didn't personally know Oneill, but says Oneill never caused any problems. He says it is safe and quiet neighborhood.

"Just hearing about a baby dying, a 13-month-old, that's terrible. And very shocking for the neighborhood from talking to the neighbors," says Glaser.