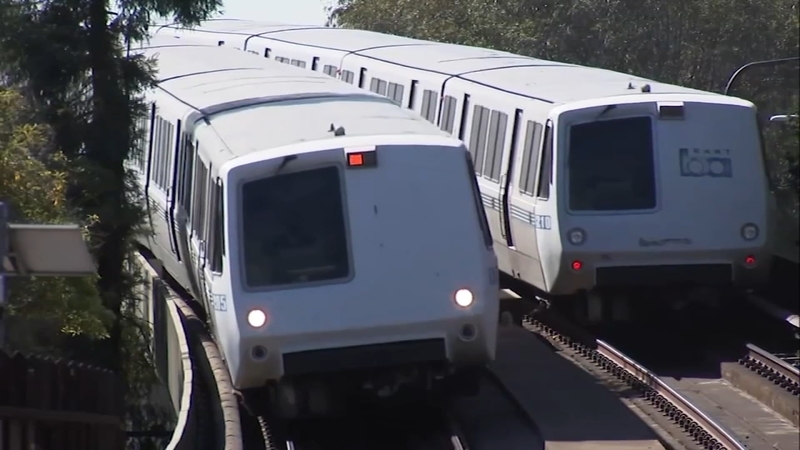 This is the Independent Institute's 12th such award, a dishonor given to California state or local agencies.

RELATED: What will it take to get Bay Area commuters back on BART? ABC7's Phil Matier gets answers from GM

BART's spokesperson says the report is from an anti-government think tank and not worth reading.

The author of the report titled "Crime, Grime, and Greed at BART" says he spent a year researching and writing about Bay Area Rapid Transit.

"We concluded that BART fails across the board. BART is unreliable, dangerous, financially reckless and inefficient," said Lawrence McQuillan of the Independent Institute.

According to the report, BART fails on items riders care about the most, like on-time performance.

BART launches its new ambassador program Monday in response to concerns about passenger safety. The ambassadors are trained to de-escalate any potential rider conflicts.

"BART does very poor in that area over the last few years, it has about a 10-15% failure rate," said McQuillan.

"Having that number of people in our system does cause delays," said Trost.

The report's author alleges BART doesn't focus on optimizing the rider's experience because it doesn't have to. He says 40% to 80% of BART's operating revenues come from government subsidies.

The report's recommendations include scaling back or ending subsidies and selling BART to a private for-profit entity.

Violent crime on BART, including robberies and aggravated assaults, has increased by 115 percent over the last five years, a new report says.

Trost says that's not how BART was intended.

"The idea that we should no longer receive any government money and that we should privatize is ridiculous and goes against what the Bay Area wants from BART and from public transit," said Trost.

BART says weekday ridership is currently at 25% of pre-pandemic levels. Saturdays are at 39% and Sundays are at 36%.

BART had reached 32% weekdays right before the omicron variant sent some people back to remote work and of course, events were canceled according to Trost. She also says weekends had reached as high as 50% around the fall coinciding with great weather and more outdoor activities.

Go here for the latest news and information about BART.